The longer I live in Japan the less frequent my trips to Kyoto become. Despite it only being an hour away by train, that two hour round trip and the train fare is increasingly off-putting. However, sometimes I make the effort if there's something I really want to see or do. So when I heard there was going to be a Cos-play and Manga festival in Okazaki Park I decided to go.

I've actually been to Okazaki Park a couple of times before, as there is a high concentration of museums and art galleries around the area, but I've never been around the gardens of Heian Shrine before. I decided to correct that oversight by buying a ticket and starting my day off there.

The gardens are fairly typical of many Japanese gardens, but they are quite big and well laid out. The mix of formal and natural elements (like the carefully shaped trees draped with hanging moss) is something I always enjoy , and with few other visitors around it was a pleasant and quiet walk. 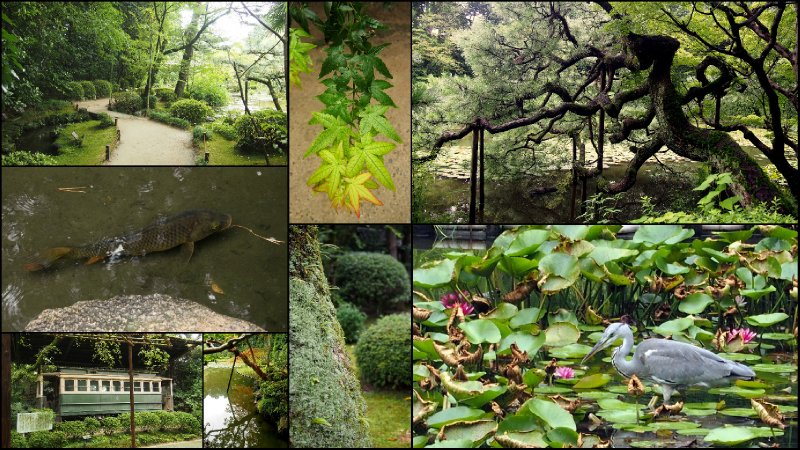 One of the nicest features of the garden is the bridge over the main pond, which certainly looked dramatic under the glowering threatening sky. From there you can also feed the fish and turtles swimming below; I was surprised to see (along with the more familiar turtles) some rather cute soft shell turtles treading water as well. 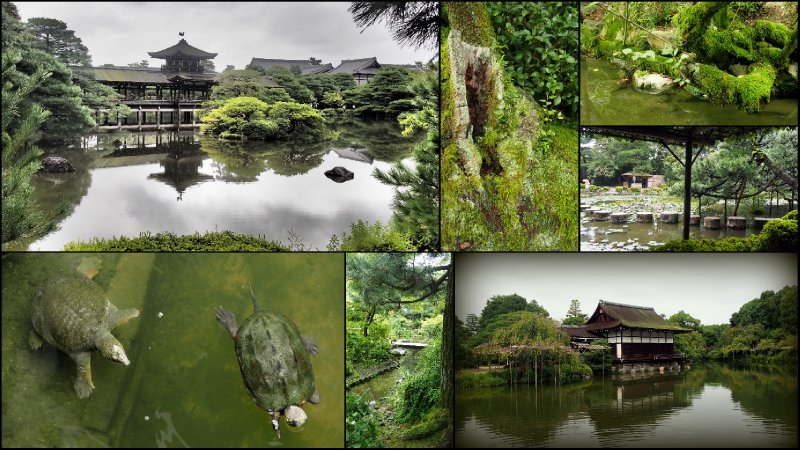 By the time I left the gardens some of the promised Cos-players had begun to appear around the shrine, though not quite in the numbers I'd been expecting. Everybody was as friendly and as willing to pose for a quick photo as ever, so it was still fun. 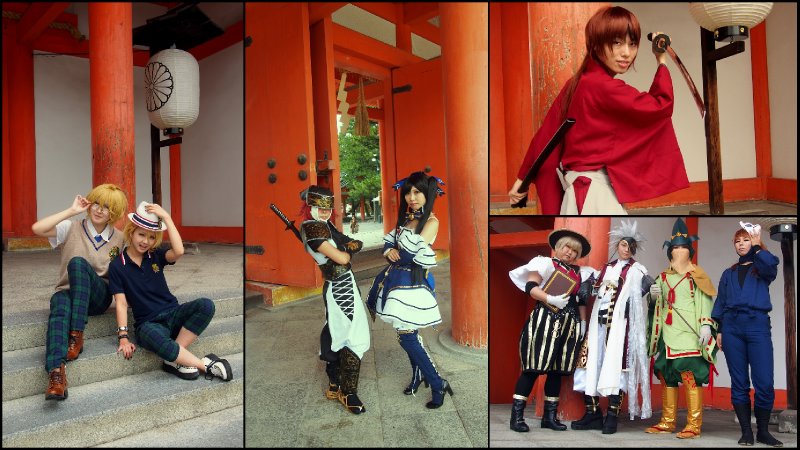 This girl with the (totally natural, I'm sure) blue haired, hazel eyes was the undisputed winner of Damon's Cutie of the Day prize; also known as the not-very-coveted 'Girl I'd most likely have hit on if I were single' prize. Yes, the fact that I'm not single is the only thing that keeps me from getting these girls, none of them would have rejected me had I been free to hit on them; at least that's what I choose to believe lol. 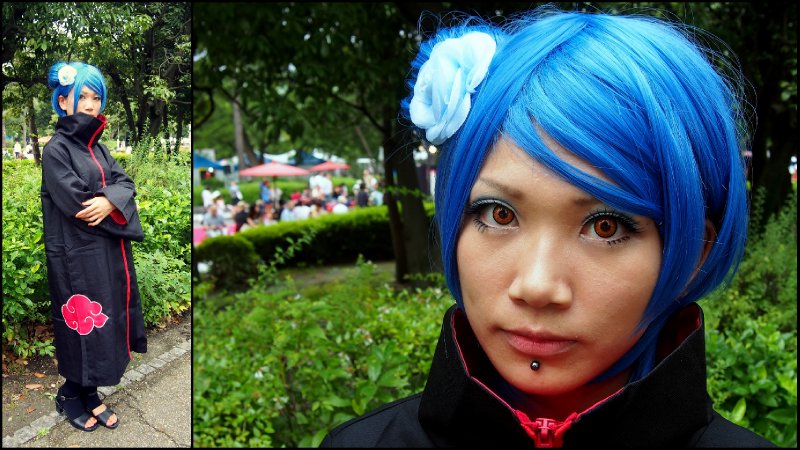 The main Manga convention was being held in a big exhibition hall just across the road, so that's where we headed next (the shift from singular to plural being necessitated by the fact than I'd now met up with fellow JETs Terin and Marci). Together we wandered around slightly bemused and vastly uninformed about what we were seeing, none of us are really J-pop culture geeks and we only recognised a few of the characters and shows being promoted. For me the only one that got me excited was seeing a しろくまカフィ (Polar-bear Cafe) food stand, as I have actually watched that show quite a bit, and it's one of the few Japanese things I actually find funny. 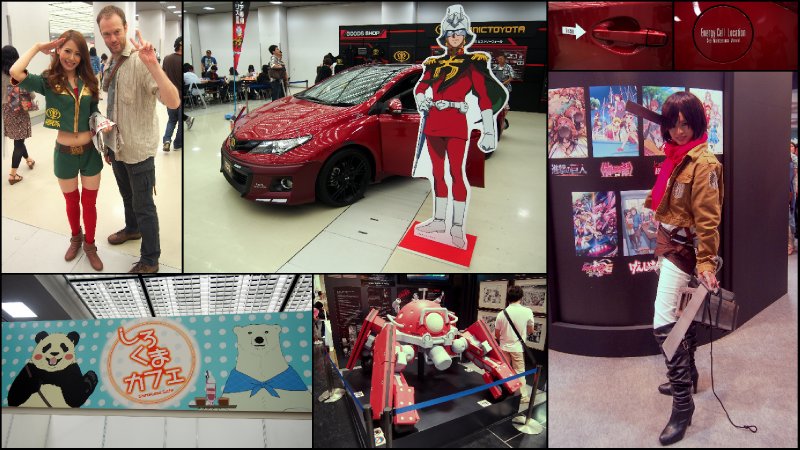 The food they sold wasN7t anything special, but then food isn't really the draw of these events. It's is the cool art, quirky styles and cute girls - more blue hair ahoy! Sorry ladies, I've already given out today's prize, and I'm not that fickle. 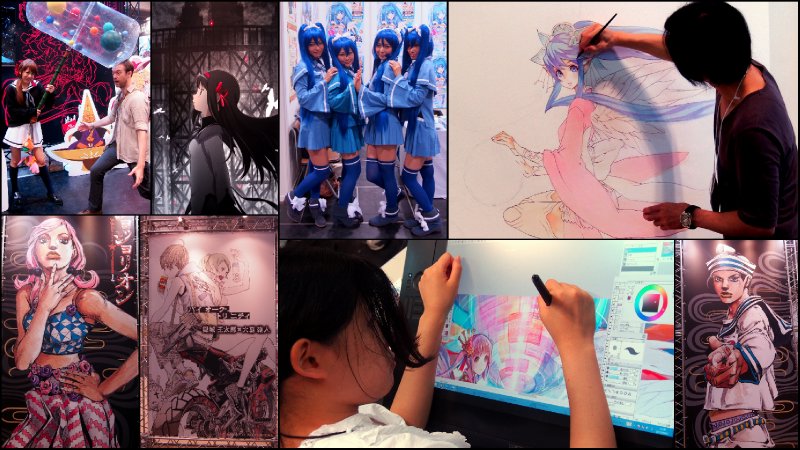 As well as a couple arists doing live art rendering, there were also some nice galleries of pre-drawn pencil art work for animation cells which were browsing. Again I don't know any of the source material, but the simplicity, fluidity and quality of these 'production line' drawings is really impressive. 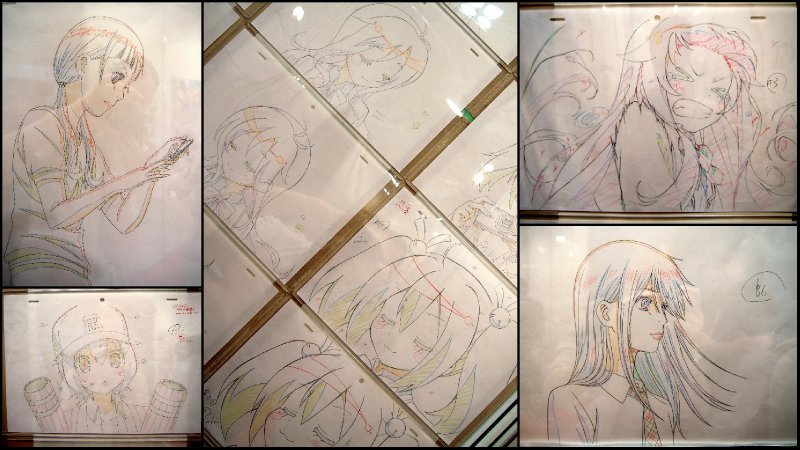 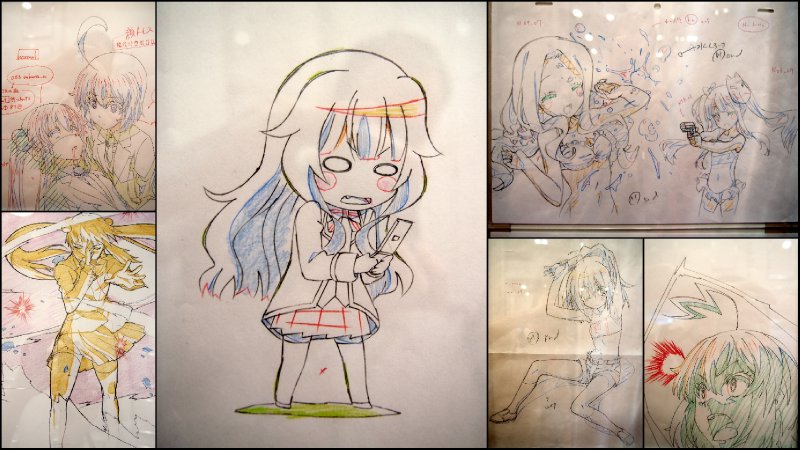 The only new show that caught my eye enough to make me think I should check it out was one that seems to be about a family of Tanuki living in a temple. Tanuki (Japanese Raccoon dogs) are reputed to have a wicked sense of humour, and magical powers allowing them to shape shift. I guess that's why each character has a human and Tanuki form. I like that basic premise and really should track this show down on DVD or something. 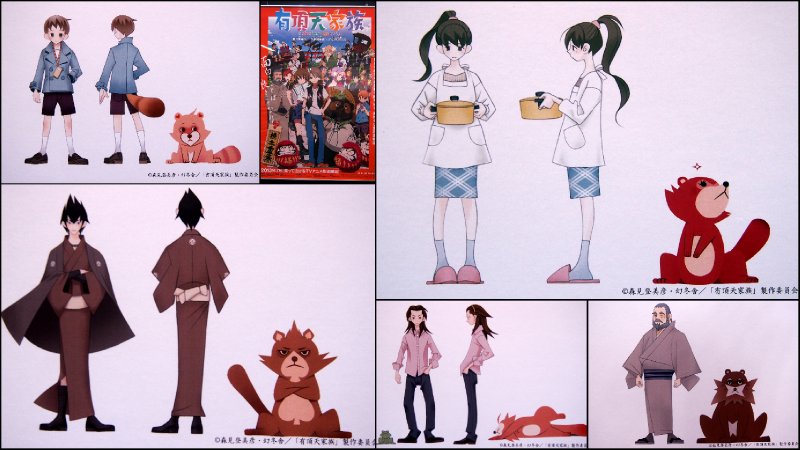 After we left the exhibition hall (and grabbed a bite to eat at the world food fair beside it), we went back to the main street where the 'Red carpet show' was about to start with a parade of mascots. Mascots for what? I hear you cry. I don't know does it matter, everything has a mascot in Japan. Every prefecture, most cities and towns, companies, parks, charities and diseases ... well, maybe not diseases, but there is one for blood donation!

Often the mascots are based on terrible puns, such as the one for my local ski park, which is a big orange box with cute eyes because the mountain with the park is called Mt.Hakodate; and hako means box in Japanese. Do you see what they've done there? Anyway, your guess is as good as mine as to what most of these represent, but who cares when you have an eternally smiling green felt monster asking you 'Do you Kyoto?' Just go with it. 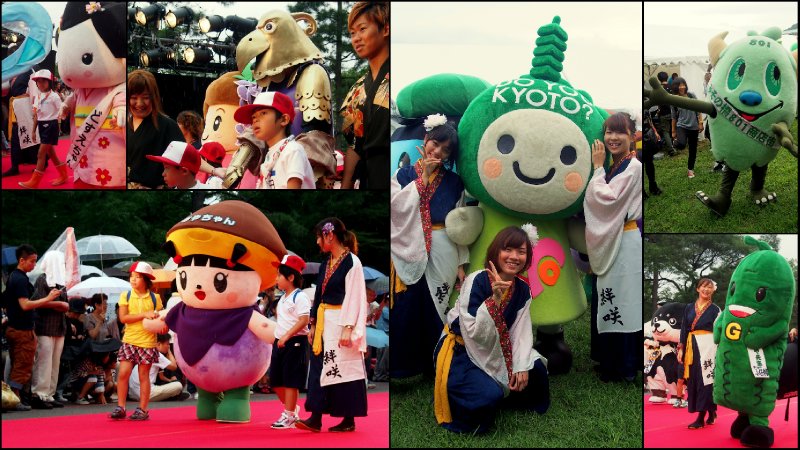 So there you go another journey into the quirks and perks of Japan, we could have stayed even longer for some other events, but the dark sky finally decided to make good on it's earlier threat of rain and we ran for the subway. I would quite liked to have seem the street dancers, but not enough to get wet watching them.

Whenever I go to an event like this I feel like I should make more of an effort to clue myself in about the various popular shows and comics. I've read a few Doraemon stories for Japanese practice, but that's about it. Naruto, One Piece, Pokemon - I recognise them all, but don't really have any desire to watch them.

In short I really don't watch much anime at all, but I am going to put out one big recommendation for anybody who wants to watch a really good short series. Check out, 'Anohana'. I don't want to say too much about the story, except it's about childhood, growing up and what makes and breaks friendships. It is very good and very touching, but it takes a couple of episodes to start showing it's strength. Watch the whole series though and I defy any of you to come out dry eyed and unaffected.

Do a quick search for 'Anohana streaming' on google, you'll soon find a few sites where you'll be able to watch all 11 episodes with subtitles (each part is only about 22mins so it's not a big time investment really). Really recommended.