Just a very short update today, as I'm basically re-covering old ground again. For long time readers of my blog there isn't anything really new to see here, just a return trip to a favorite place.

I actually decided to go back again simply so I could take the new Takashima JETs (who had arrived a few weeks earlier) and show them around what I think is one of the nicest parts of Kyoto. In the end we only had four people turn out for this, only one of whom was one of the newbies (Good show, Marci). How people can turn down a chance to go and see monkeys, I'll never understand :-) Still four people is just about enough to justify the trip; not that I need that much of an excuse to go back to Arashiyama again anyway!

So, without further ado, for the third time in the five year history of this blog, I proudly re-present the monkeys of Arashiyama monkey park! 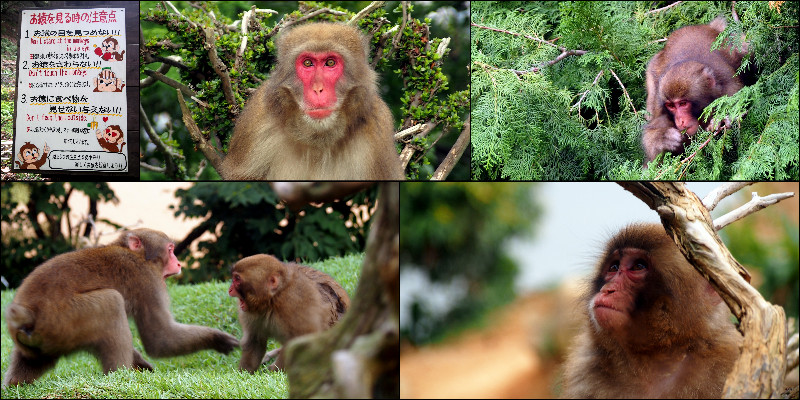 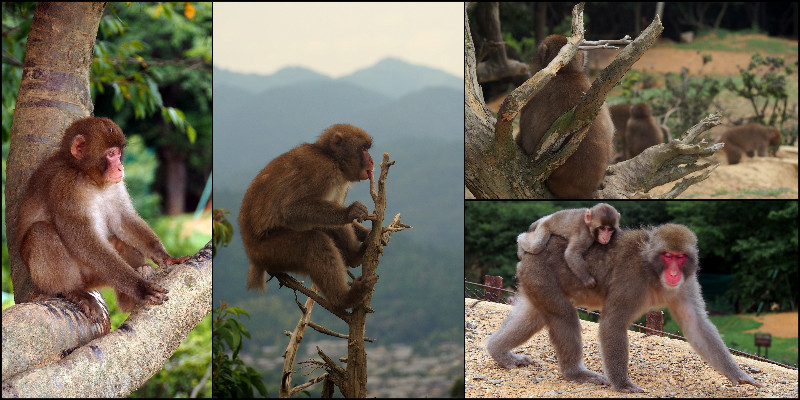 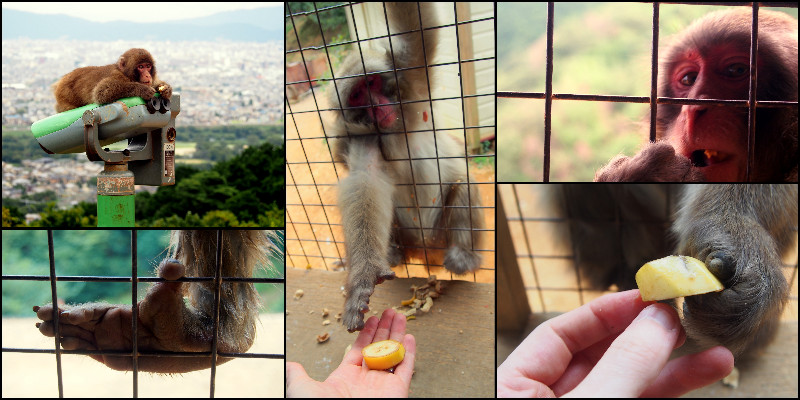 Monkeys do always make good photographic subjects, they have such expressive faces and real character. To be honest if I lived closer to the park I'd probably go even more frequently, the photo opportunities are so good. It's going to be wierd leaving Japan and going to live in a monkey free country again.

However, monkeys weren't the only reason for going back to Arashiyama we also planned to watch the display of cormorant fishing on the river that evening. Again this isn't my first time doing this, I saw cormorant fishing a two or three years back in Uji, but it was something I'd wanted to see again since then.

Unfortunately we weren't the only ones with this idea, and there was quite a queue for the boats. We'd actually come by the ticket stand earlier in the day, but had been told that they tickets wouldn't be on sale until nearer the launch time. However, when we came back it looked uncertain we'd even get any tickets there were so many people. In the end we got split up as there were two places in one boat going out which I jumped on with Marci, while Josh and Joey had to wait another hour for the next performance. Not the best solution, but at least we all managed to get aboard.

Over all I think I prefered the Uji experience more, it was a less crowded (meaning it was also more relaxed) and the chain of boats wasn't as long either; so we had a better view. Having said that I still enjoyed the Arashiyama version as well. Once we had boarded the observation boats, and waited a little for the sun to set, the fishermen came out too. They slip out of the dark, smoothly gliding over the back water in a halo of dancing light from the burning brazier they carry hanging over the sides of their boats. There is something quite myseterious about it and it must have looked quite eerie back in the days when river was full of these ghostly boats. 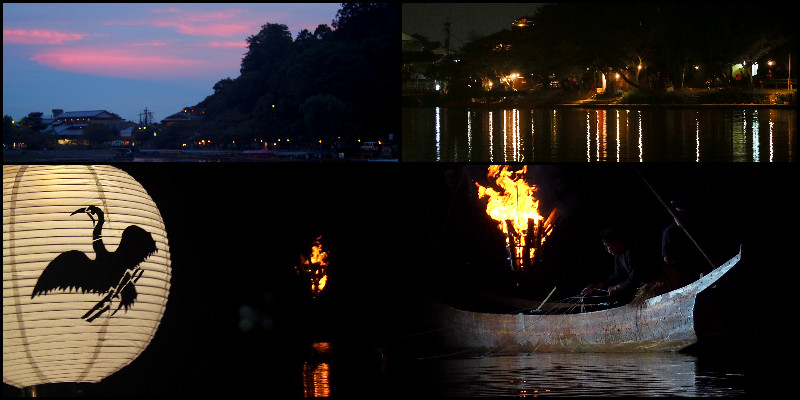 Once on position they pause to bring the birds out of the wicker baskets they carry them in. The cormorants are tethered in such a way that the fisherman can track each bird and bring it back to the boat, but the bird can still freely swim and dive to catch the fish attracted to the glowing lights above.

After being placed in the water the cormorants bob and dive, resurfacing with fish that the handlers gather aboard the boat. After the display most of these fish will be fed to the birds anyway, but for now they aren't allowed to swallow them now due to a ring around their necks. 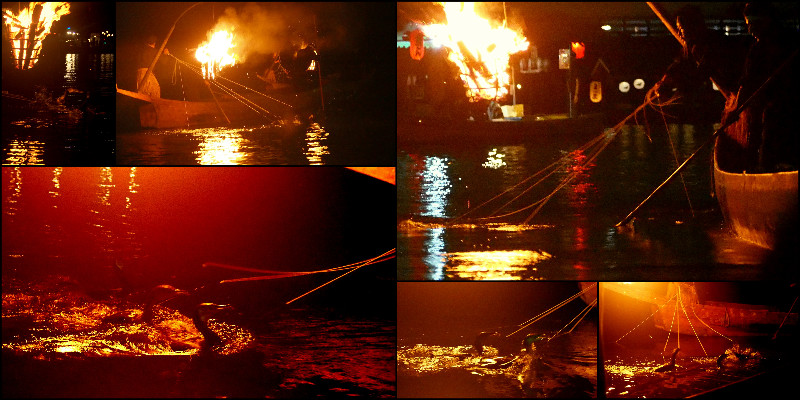 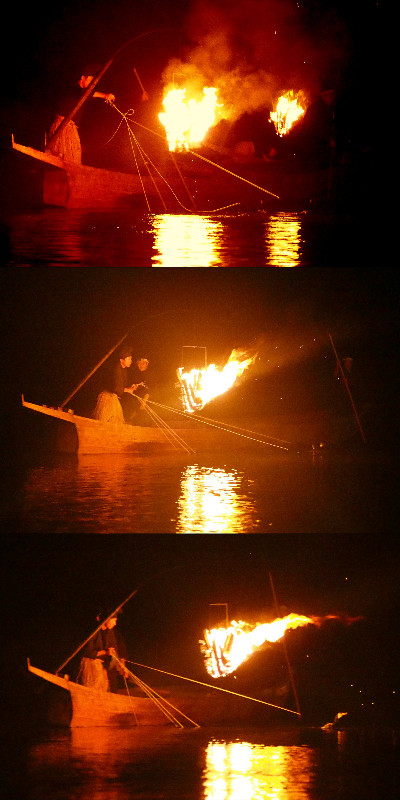 The display lasts for about an hour with the fishing boats making several passes along the line of tourist boats so everybody has a chance to see and take pictures (very difficult). The cormorant fishing season only runs from the beginning of July to mid September, and can be seen in just a few places in Japan (Arashiyama, Uji and Gifu; that I know about.) If you are in one of those areas during that time, I would recommend trying to see this ancient traditional first hand. 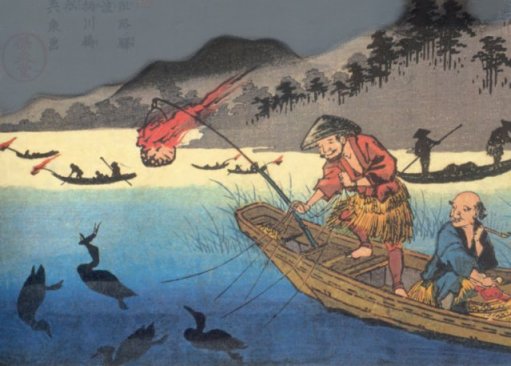