Time sure flies, I actually had to dig around in my diary to remind myself when this second trip to Okinawa actually took place; apparently I was there last October, though it really doesn't seem that long ago. Having had a great time on our previous trip to Okinawa, it was a given that we'd be going back to explore more of the islands.

This time our main destination is Ishigaki-jima, which is smaller and even more Southern than the main island of Okinawa. It is also less built up and even more packed with beautiful nature - we've barely arrived and we're on a white sand beach looking out over deep blue ocean views already. I've brought my snorkeling gear this time so I can check out some of the local coral reefs, but first we're going to take the lazier option - a ride on a glass bottom boat; thanks to some free tickets from the rental car company. 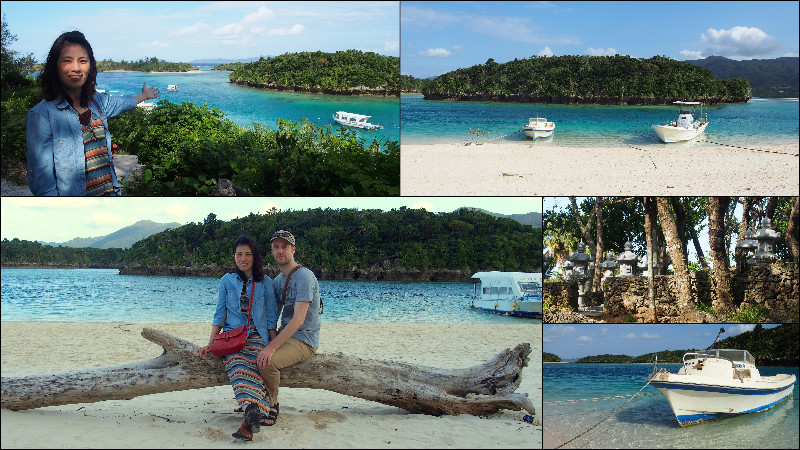 Given the rather restricted point of view you get from the boat (unless it's directly under the boat you can't see it), I was surprised how much we could actually see. As well as the numerous fish darting among the corals, we also saw couple of sea turtles passing calmly by and (much to my surprise) a few good sized sea snakes freely swimming about as well. 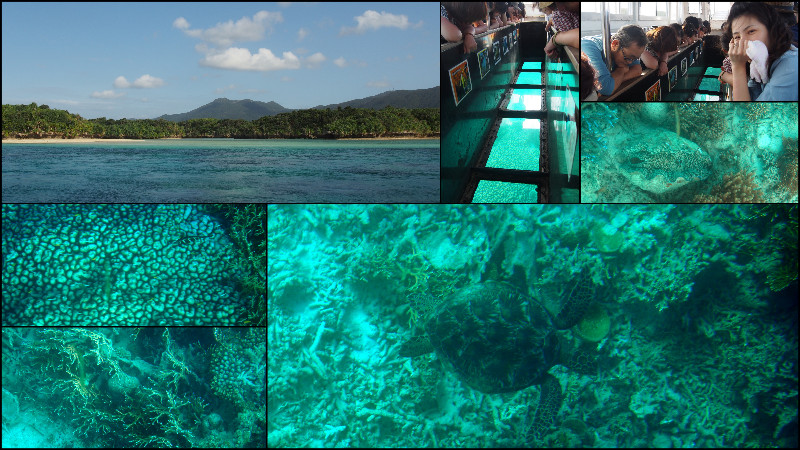 It was certainly enough to whet my appetite for some proper snorkeling. So on our way to the hotel we stopped on another beach, away from the boats and pretty much deserted, where I got to get wet and go aqua-exploring. This was the first of three snorkeling sessions I managed to squeeze into the trip, and it was a real joy each time. However, you'll just have to take my word for how nice it was, with schools of small bright fish darting around everywhere, as (my non-waterproof camera) stayed firmly ashore - so here are a few beach shots Haru took while I was splashing about instead. 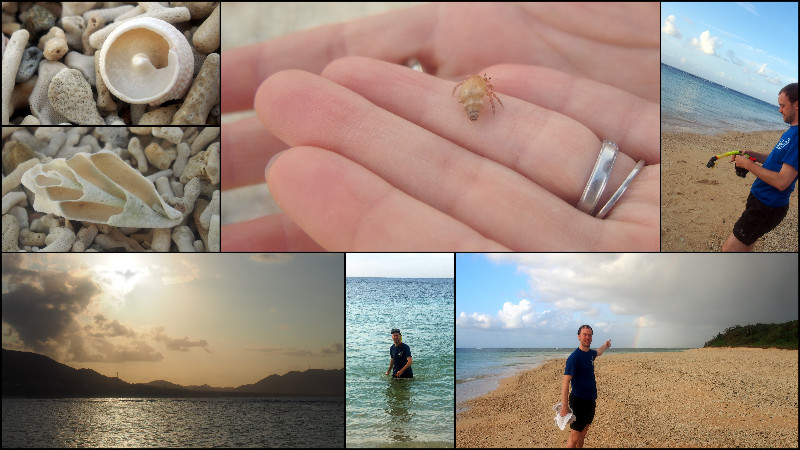 After drying off it was time finish off the costal drive to our hotel; which was more a collection of beach side chalets rather than a classic hotel. By the time we get there the sun has already set and the geckos are out in force, taking up positions on almost every lamp that might attract flying insects. Time for a bit of a reptile night safari I think. 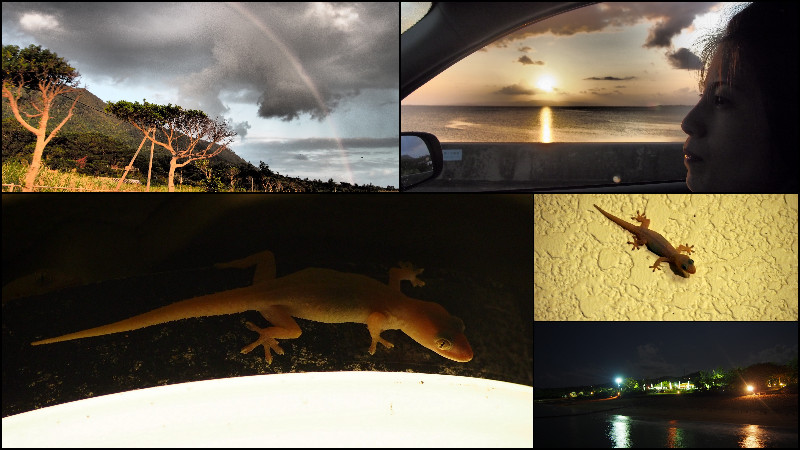 The next morning we're down at the ferry docks bright and reasonably early, Ishigaki-jima isn't so big, so we're planning on doing a bit of island hopping while we're here to see some the the even more remote and smaller islets. Today were going to rent bikes and take a relaxing tour around the neighbouring Taketomi-jima. 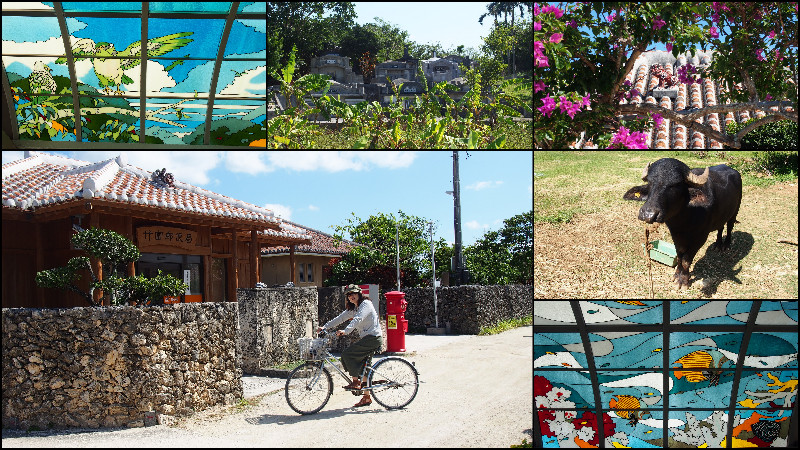 Of course the intended relaxing cyle ride turned competitive as soon as we got on the open road... 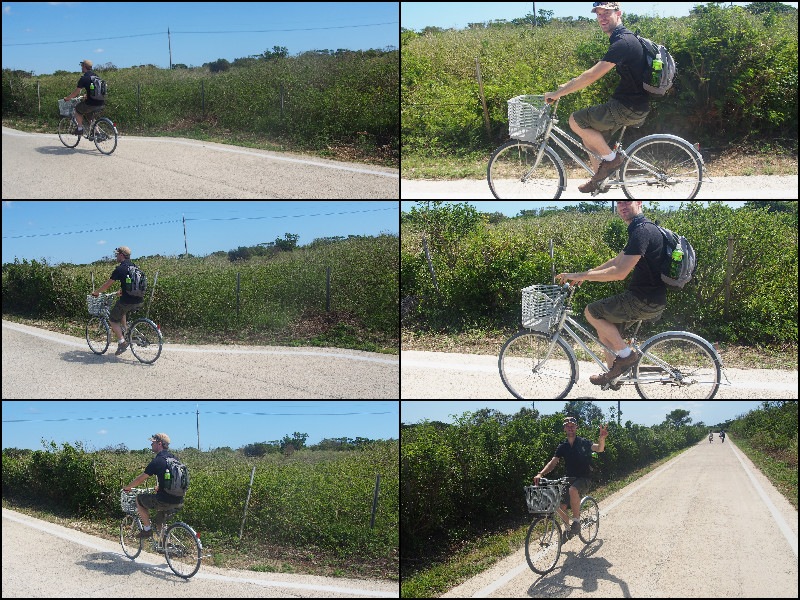 Luckily, there were plenty of great beaches around to keep us distracted, including one famed for having star shaped grains of sand (apparently, we couldn't find any) and another with a huge expanse of crystal clear shallows - perfect for paddling in and cooling down. 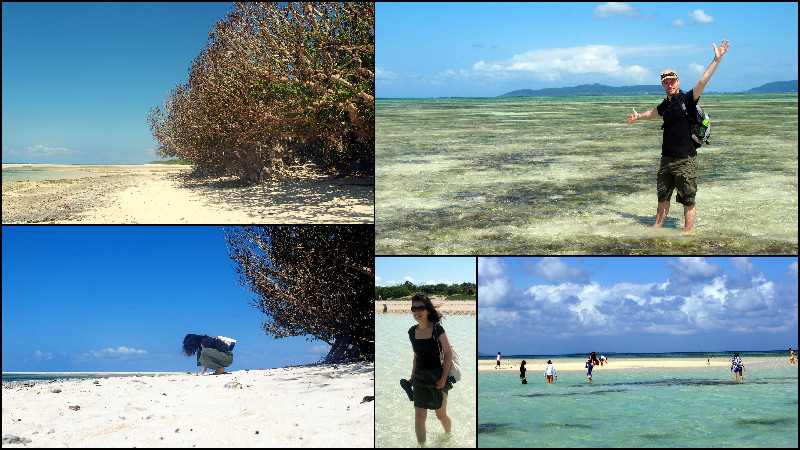 Unlike mainland Japan, several areas in Okinawa use Ox for farm work. Taketomi-jima is one such place and you can see Ox and Ox-drawn carts throughout the island; although it's now seems to be more of a tourist attraction than of any real practical use. 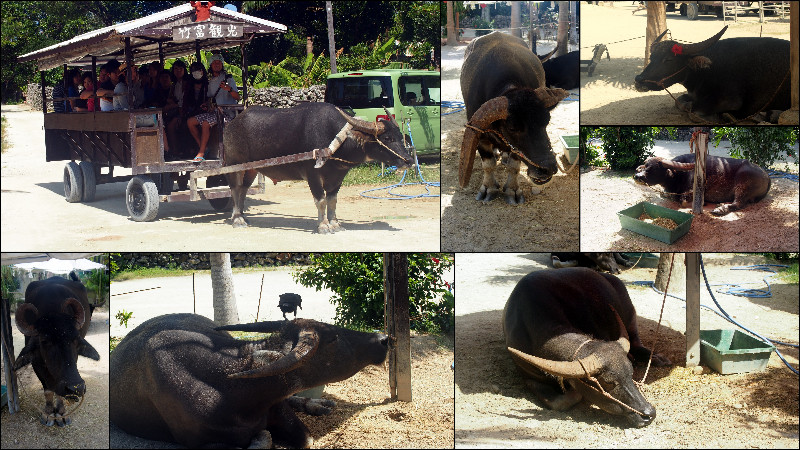 Actually this idea of atificial-tradition is true of many several aspects of the island. While, on the surface, it seems as if traditions have been preserved here, like the Ox-carts, it's truer to say that have been restored to enhance the traditional feel of the island which attracts tourists.

The red tiled roofs that are prevalent throughout the village are another good example. Traditionally only the most wealthy families would have had such tiled roofs, most of these buildings would have been thatched. The image of traditional Okinawan houses having red tiled roofs is so strong though that they have now almost totally replaced the thatched roofs - whcih as late as 1964 still accounted for about 40% of the islands residences. 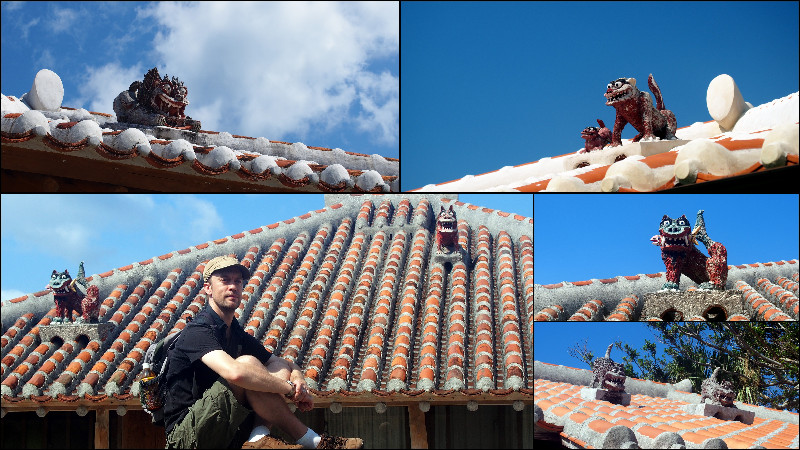 Ultimately it's a moot question; how authentic or artificial the traditional atmosphere of the island is. However it came to be the way it is, Taketomi-jima is a qauint, peaceful and very beautiful place to while away some time. 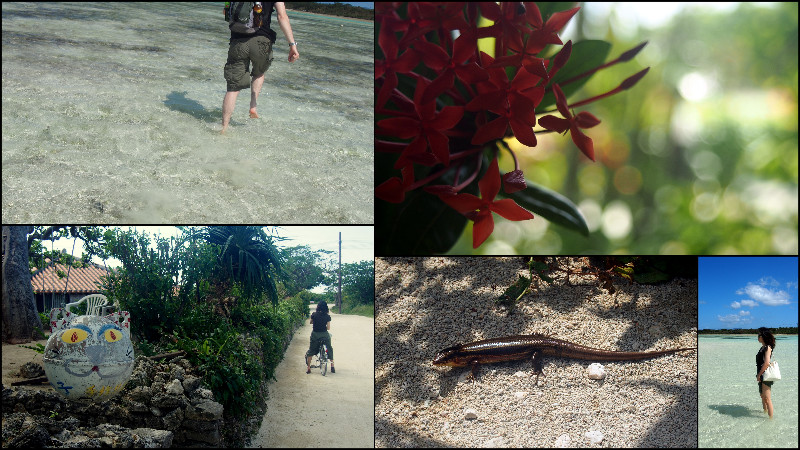