So, here you can see the local ferry port map. The main island where we are staying (Ishigaki-jima) is in the top right corner of the map. Taketomi-jima, which we visited yesterday, is the small island closest to Ishigaki-jima. Today we are going Iriomote-jima, the big island on the left. 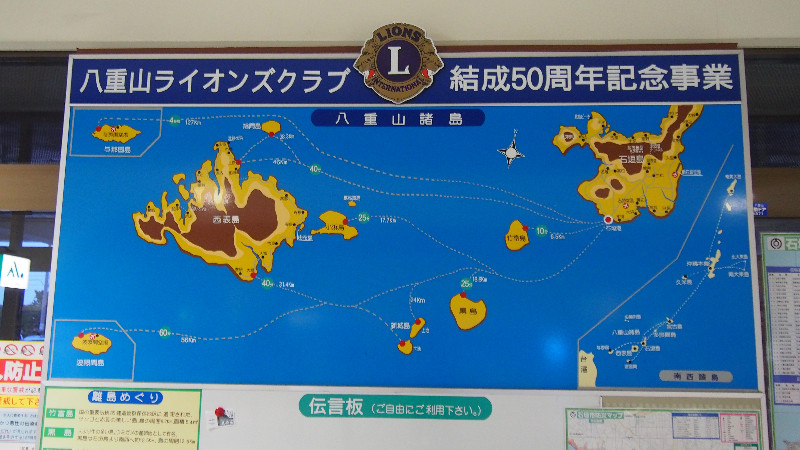 However, before we head there we're going to stop off for some open water snorkelling on a local reef. When the boat weighs anchor, what looks like a small island turns out to be part of an old dead reef, jutting out of the water and scattered with white sun bleached coral (a couple of chunks of which are now making lovely decorations / climbing structures for my hermit crabs back home).

Underwater it's far more lively, with a huge living reef extending off in three directions and drop off into deeper water on the fourth. Again there's an abundance of small coral fish, anemones, turtles and sea snakes to see. By the time we clamber back onto the boat though the wind is getting up a bit and the water is getting choppy, making the rest of the ride a bit rough. 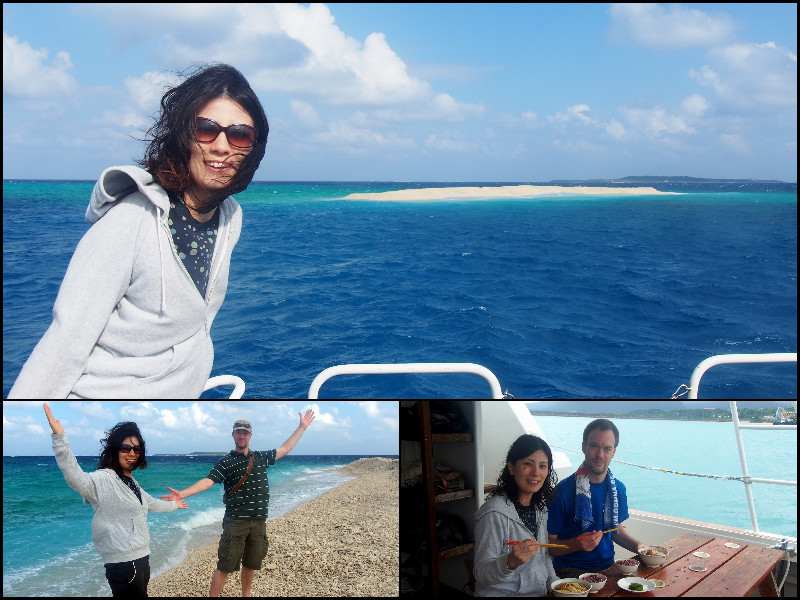 It isn't long before we get to Iriomote-jima though. Despite it's relative size most of the interior of the island is made up of unihabitable mountains and is actually only sparsely poulated along it's coast. It is, however, the only place on earth where the rare Japanese mountain cat
lives. This shy and secretive cat is almost never seen, but habitat surveys suggest that the entire population consists of just over 100 individuals. Despite the establishment of a national park, and measures such as frequent warning signs and animal safe crossings on the roads, several are killed every year in road accidents. The cat is now considered critically endangered.

It goes without saying we never saw one, though we did see plenty of the road signs and information boards about the cats - the only real cats we saw were the beach bums we saw the day before. 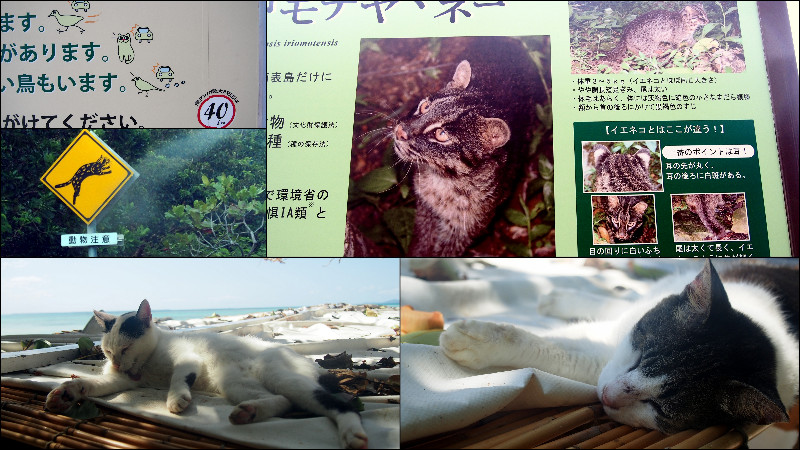 It would have been amazing if we had seen a mountain cat, but that was never the real reason we came here. No, we are here for some light mangrove kayaking and jungle hiking.

Depite glowering skies and spotting rain, the weather holds as we make our way down to the launch. I love mangroves. Maybe it's because, like the volcanic landscapes in Kyushu, it's still quite a fresh environment type for me. This is only my third time in a mangrove, and it still excites me with it's sheer otherness. 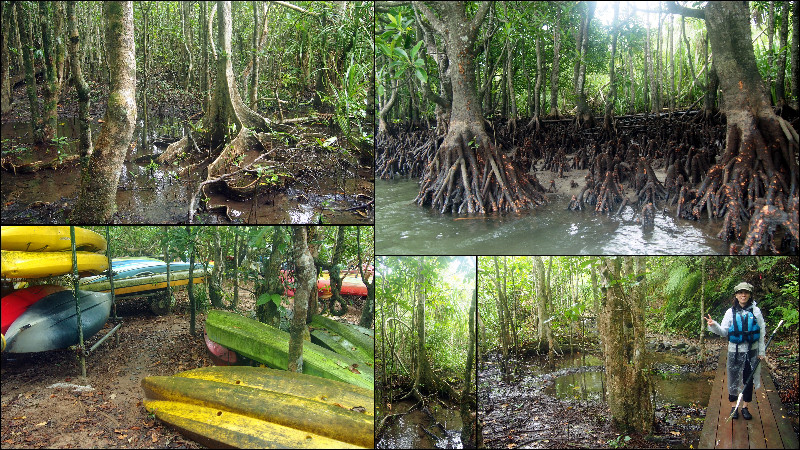 Once we are on the water and making our way upstream, there is something faintly 'Heart of Darkness' about the whole venture. Maybe it's the moody roiling clouds, or the sense of moving towards unknown and mysterious depths, but it's there... It is of course slightly spoilt by frequent sightings of other tourists paddling by, and the fact that we pretty much know where we are going. 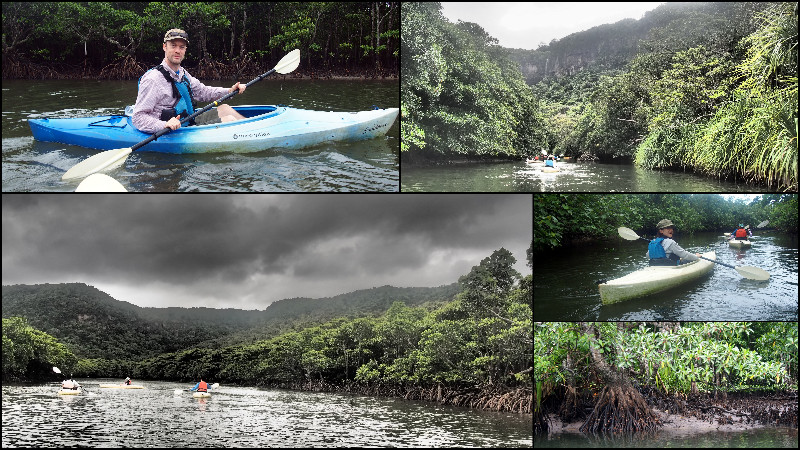 Where we are going is a small landing upstream that leads onto a hiking trail through the forest. Scrambling up rocks, over fallen trees and pushing past huge ferns we climb up following the path of a stream. At some point the bare rocks in the waters start to give way to green moss covered stones instead, signifying that we have passed the line between the salt water of the mangroves and the fresh water coming off the mountain. 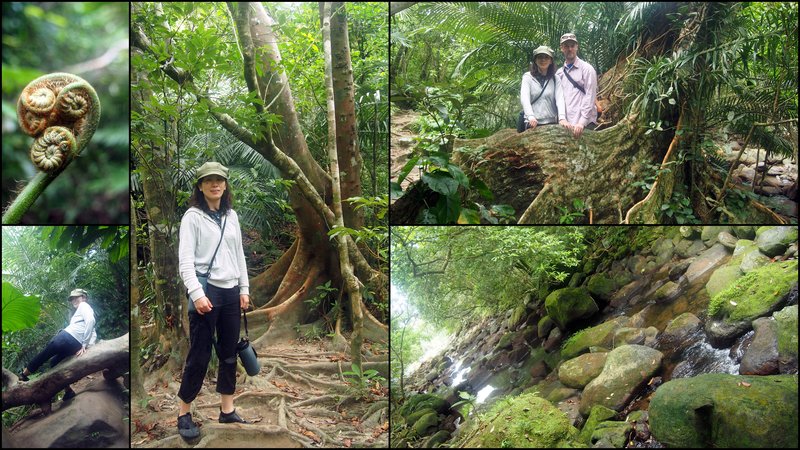 The source of that fresh water is actually the goal of our hike. A waterfall plunging down a sheer rock face, a thin thread of water that disintergrates into nothing but spray and mist when the wind blows too hard only to reform again moments later. This is as far as we're going today, we stop here for a rest, and a bite to eat before heading back down to our kayaks and wending our way back through the mangroves. 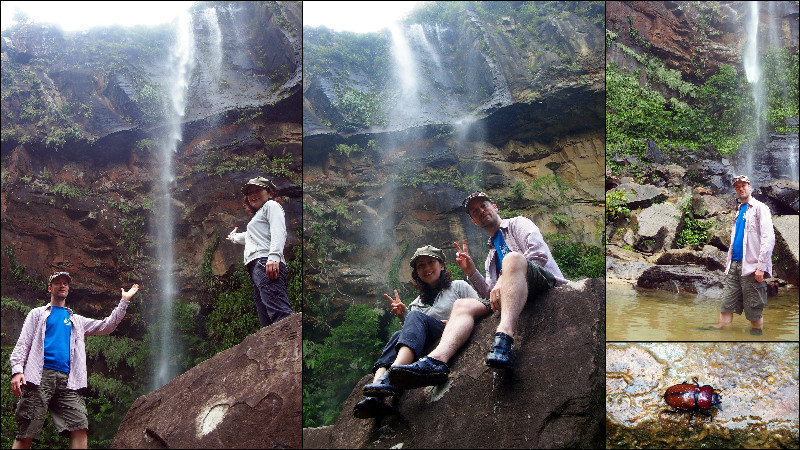 Almost as soon as we get back to the landing stage and onto the bus, the weather breaks and it starts to pour down. It's almost as if it was just holding back until we'd finished our day out. All we have to do now is sit back and relax as the rain lashes against the glass blurring everything beyond. Actaully it looks quite pretty, maybe this would be a good time to experiment with my camera a bit more ... 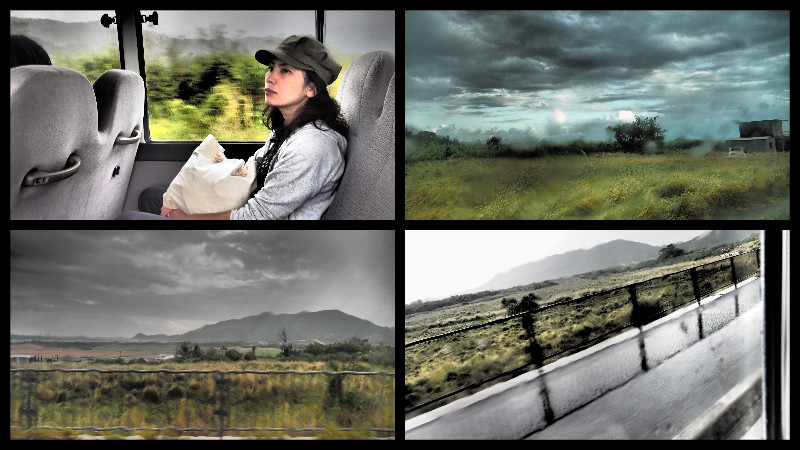