The beginning of the end for my time in Japan really started back at the beginning of 2014. Knowing it was my last year on the program I'd signed up to attend the leavers conference in Yokohama. An annual 2-day conference designed to help those finish with JET to decide what to next, an (although I didn't actually hold out much hope that it's help with such choices) it seemed like a good excuse to visit Yokohama.

Despite being a work trip on the surface Haru also came with me and we explored Yokohama by night after the conference finished. As Yokohama is full of impressive towering building that light up the night, that's not a bad thing. In particular the waterfront are makes for some really pleasant night-time strolls, where you can also see the 'Nippon Maru', a grand old ship build in 1930, moored there. 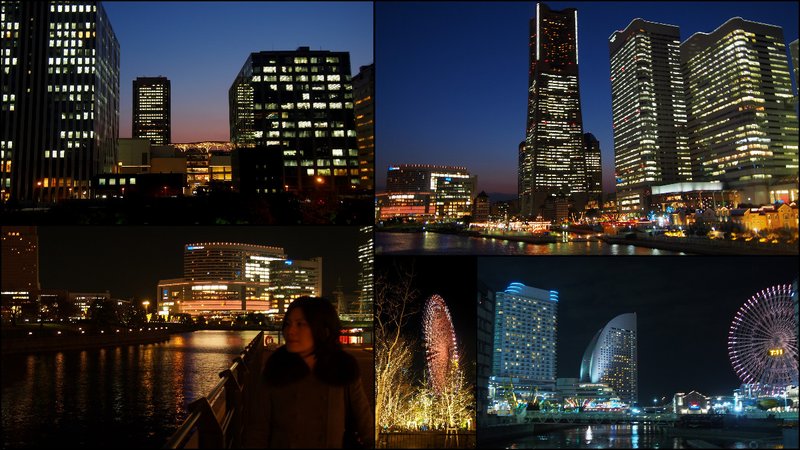 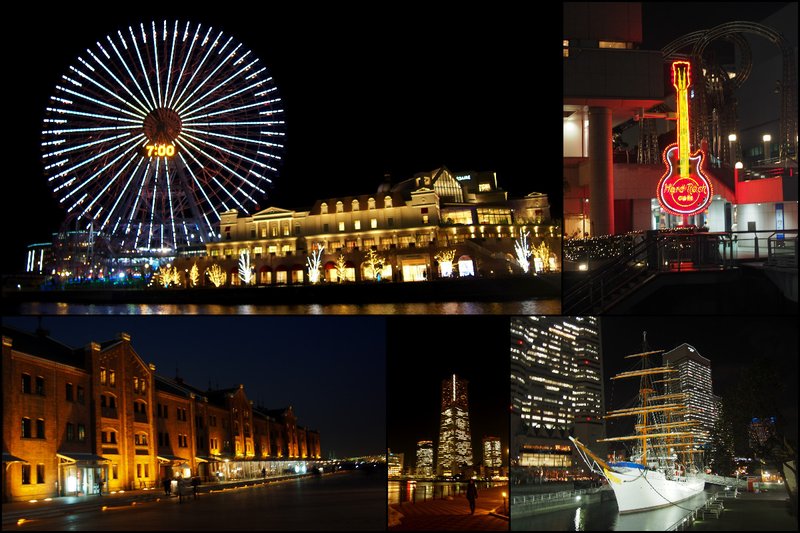 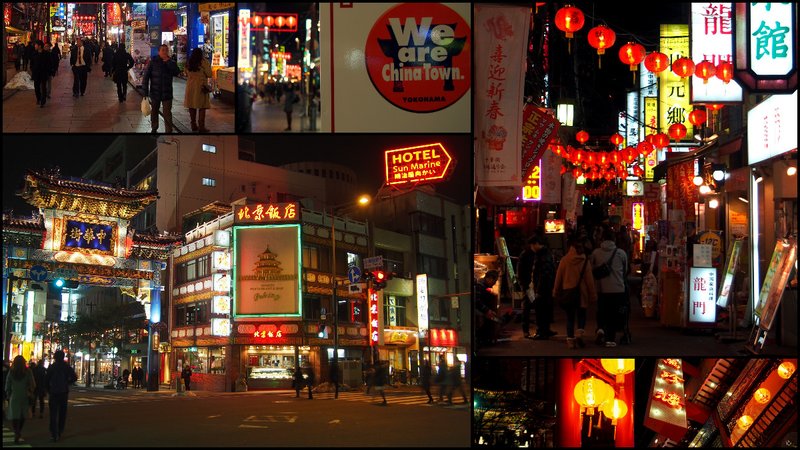 There were a few places that we really wanted to see that would require more than a spare evening to really enjoy though, so we extended our stay in Yokohama for a couple of days after the conference as well. The first of these free days we spent at Yokohama Hakkeijima Sea Paradise.

Hakkejimi is an artificial island built just off the coast which is houses a entertainments complex including theme park rides, a mall and a large indoor and outdoor aquarium and sea life centre.

Like many things, it's only since I've been out of Japan that I've really begun to appreciate how amazing their aquariums are. There are so many of them that they kind of became 'normal' for me, but they really are impressive places. I saw whale sharks at 3 or 4 places in Japan and I doubt anywhere in the UK has one of these gentle giants. 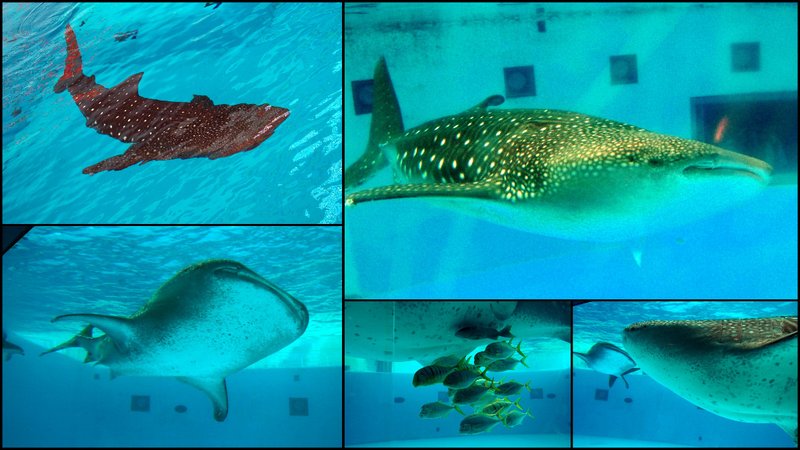 The dolphin show here was also very enjoyable and included not just the eponymous dolphins, but also sea-lions, two belugas and a walrus as well. 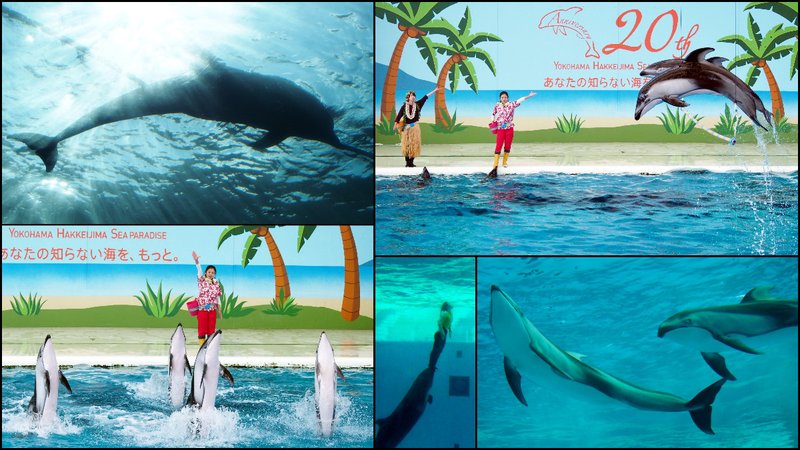 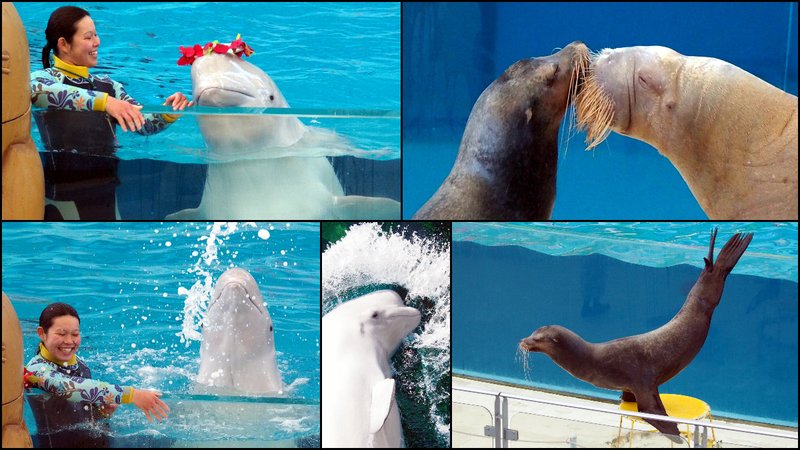 Inside the collection ranged from the the smaller colourful tropical fish, through sharks and all manner of outlandish critters right back up to the massive walrus, which truly is a majestic beast. 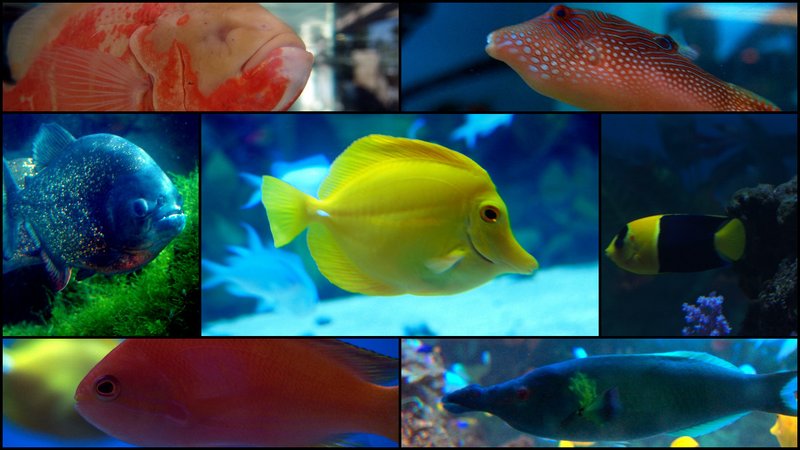 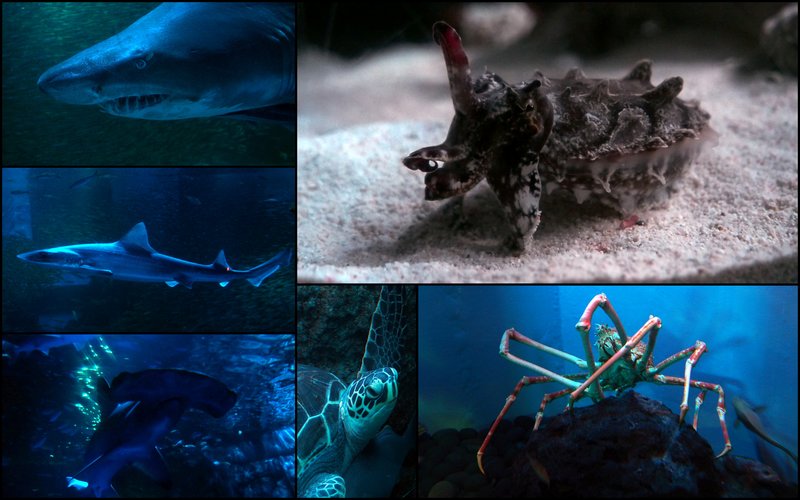 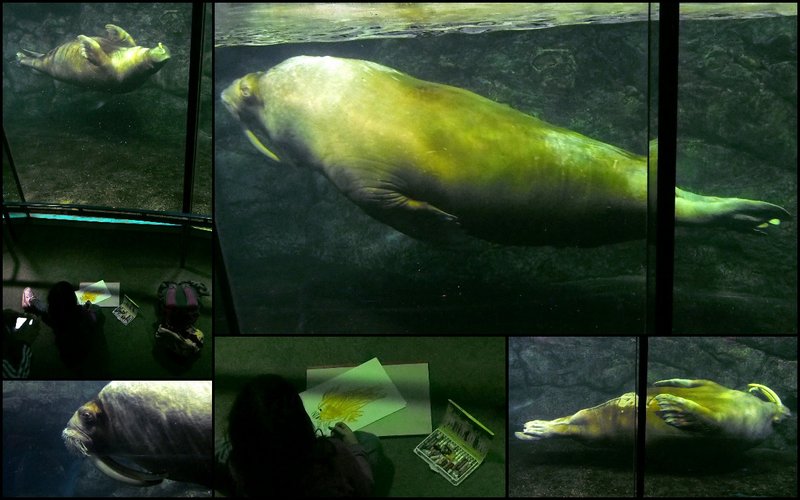 The languid beauty of the jellyfish is something that I always enjoy as well. 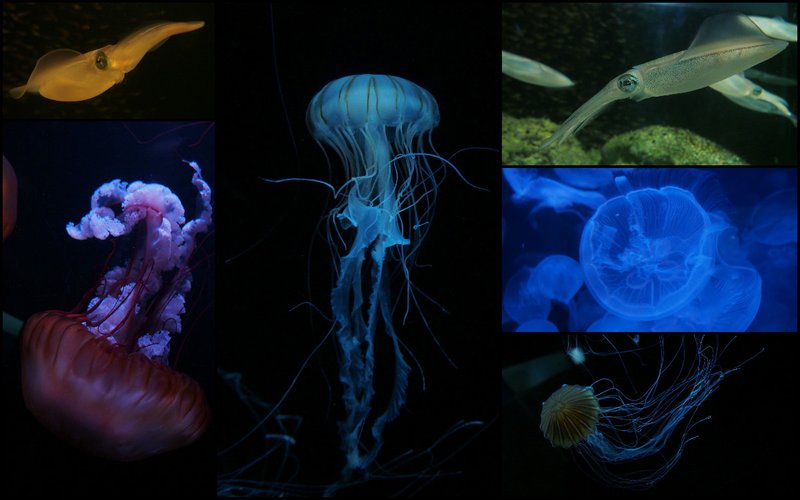 Some of our favourite exhibits included the huge school of sardines in a special tank including strong currents to encourage natural schooling behaviour. Watching them separate, merge, turn and swarm together as one mass was quite hypnotic. 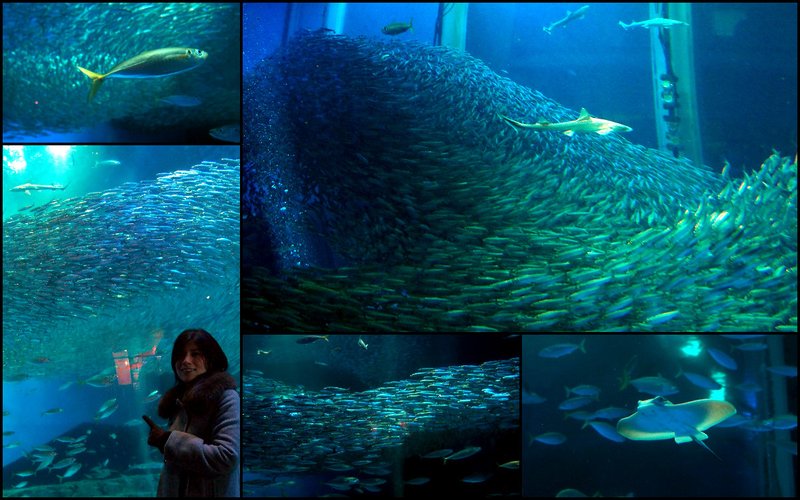 The highlight of the day though was the in the Fureai Lagoon area, which is the hands on zone where you can get to meet some of the aquariums inhabitants. As well as the typical touch pool fare (with hermit crabs and star fish etc) there was an area where you could meet the dolphins and belugas - and, if the choose to swim near enough, you can stroke them as the pass by. That was a real treat. 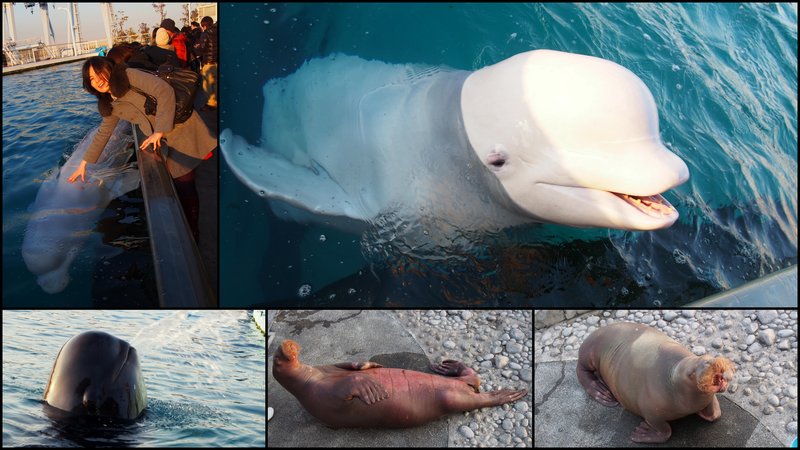 However, the highlight of our time in Yokohama was visiting Taya caves beneath Josenji temple. Located roughly half way between Yokohama and Kamarara, this temple is the dictionary definition of a hidden gem. Even Japanese people who I told about this place had never heard of it, Haru included, and yet it is one of the most impressive things I saw in all my time in Japan.

The temple itself is small and unassuming, and the entrance to the cave is little more than a low doorway leading into the rock face. 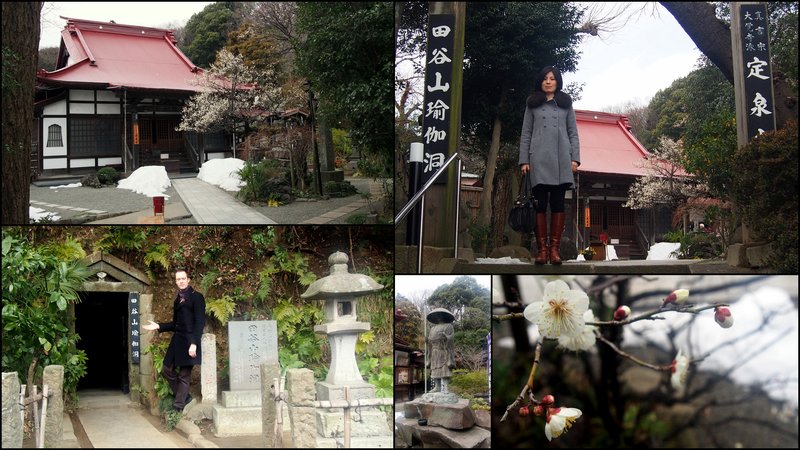 Pay the modest entrance fee and you're given a small candle and a holder to illuminate your way around a subterranean marvel. Inside there is a series of passages carved by Shingon Buddhist monks training at the temple around 1200 to 1700. This in itself would be impressive enough, as just hewing the basic tunnels would have been hard enough. 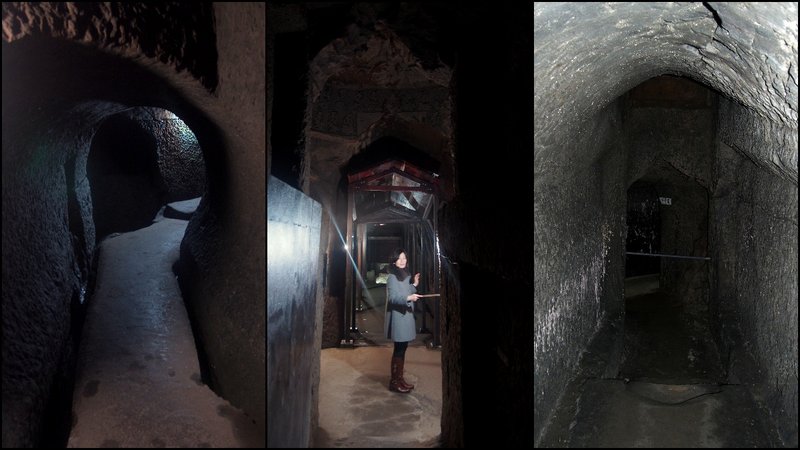 Yet it's the amazing carvings that the monk decorated the corridors and chambers with that really impress. There are domed meditation chambers, a natural spring adorned with a fresh water turtle and birds, whole epic tales retold in long carved sequences and massive monstrous figures. Truly an awe inspiring spite by any standard, and a place I'm genuinely glad to have visited. I really can't recommend this spot enough if you ever get the chance to visit. 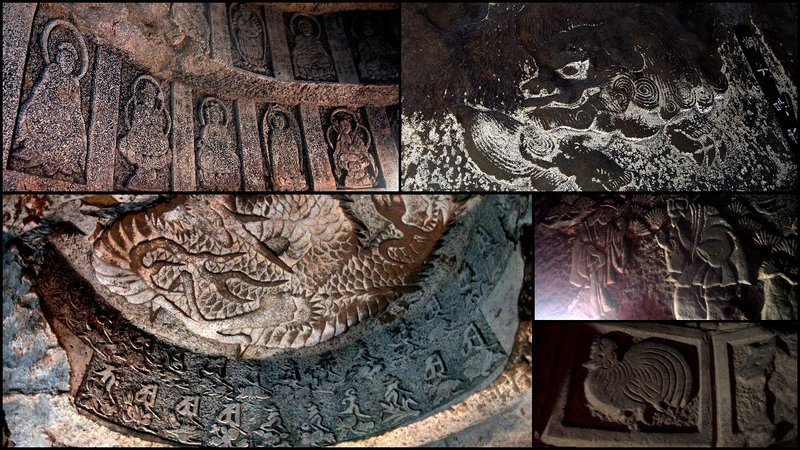 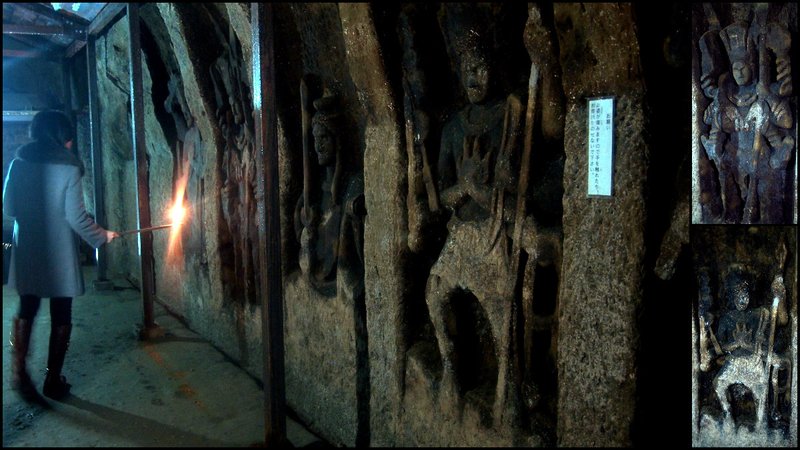 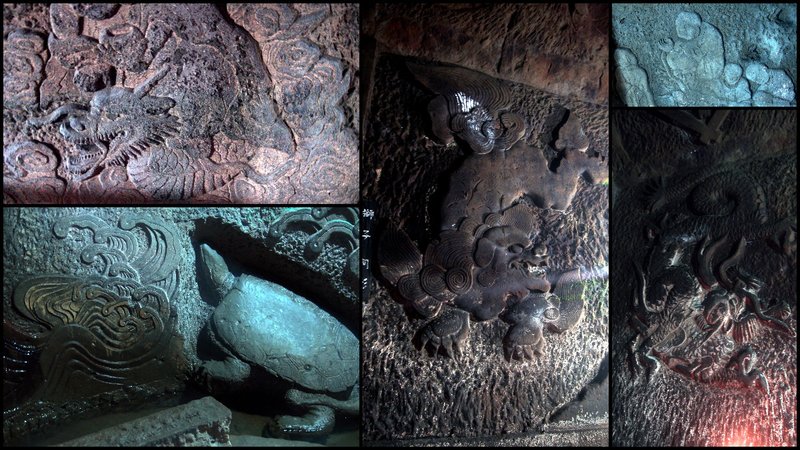 Never have I ever felt as close to fulfilling my old childhood dream of actually being Indiana Jones as I did walking around those ancient passageways guided only by the light of my spluttering candle, and coming face to face with these dreams and visions carved by long dead hands.