I suspect the word 'last' is going to creep into these next few entries quite a bit, and it begins here with my last hanami (Spring cherry blossom viewing). Which I'll cover briefly as I have A LOT of catching up to do on this blog. 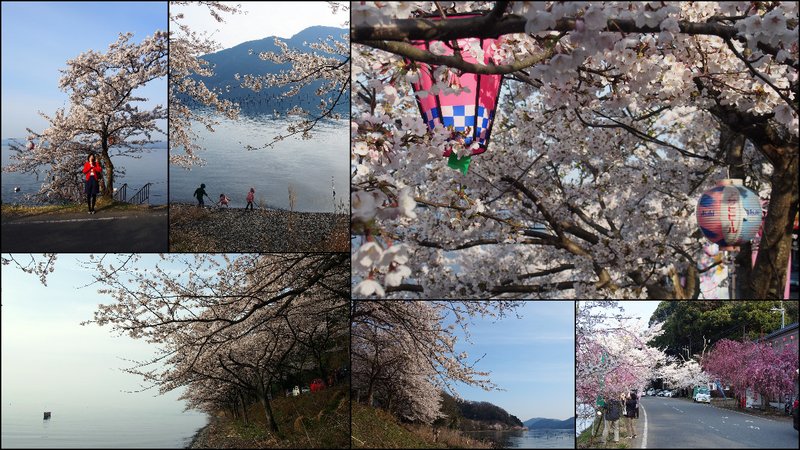 Every year my favourite local spot was on the north tip of the lake, so that's where we started off this year as well. However, it was only a brief stop before we drove around the lake to Hikone on the far side. Hikone is famous for it's well preserved castle and gardens, and as I'd only been there once (just after arriving in Japan) and Haru had never been there it seemed like a perfect place for our final hanami. 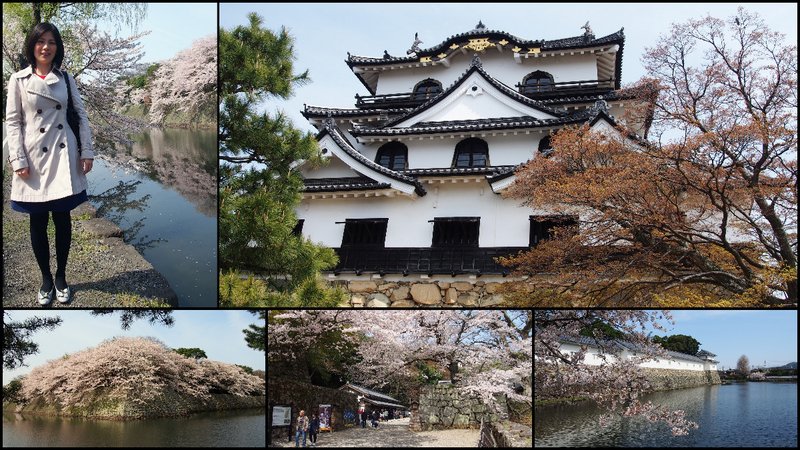 The castle and it's grounds are on a virtual island separated from the rest of the town by a wide moat overhung with blossom laden branches, and it was here that we headed directly. Starting off with a quick tour around the inside of the main keep which boasts some impressive woodwork, including some rare twisting support beams that have been used in their raw state rather than been trimmed down to a more regular shapes. 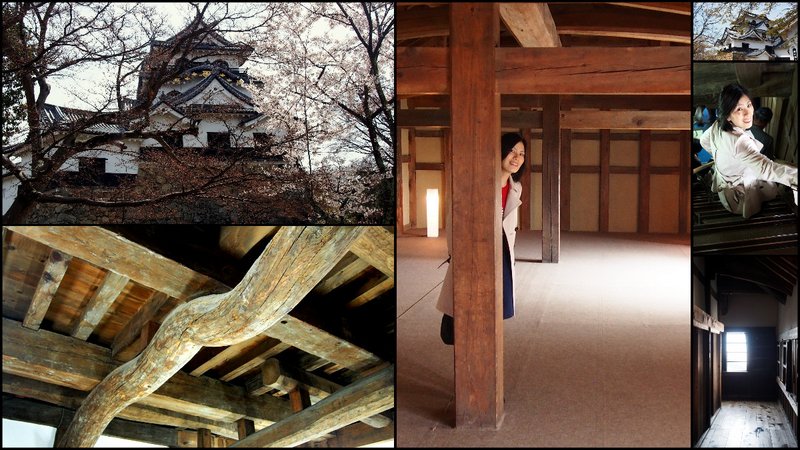 The castle grounds also house a nice walled cherry orchard which was in full bloom, and several people had already settled down on the grass for picnics under the pink. 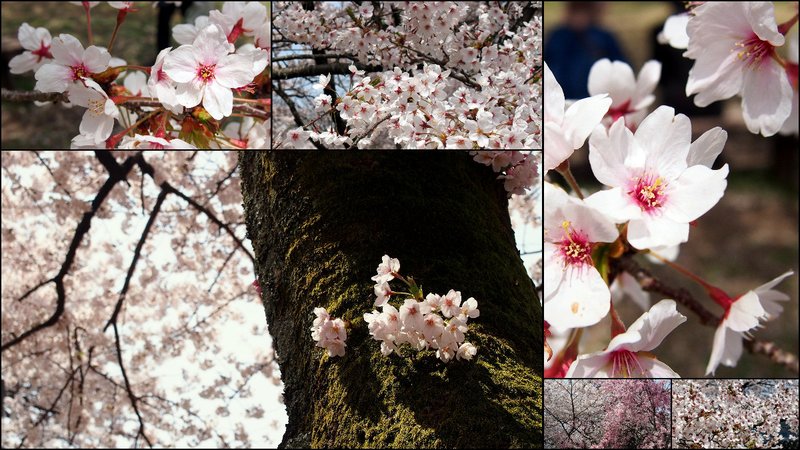 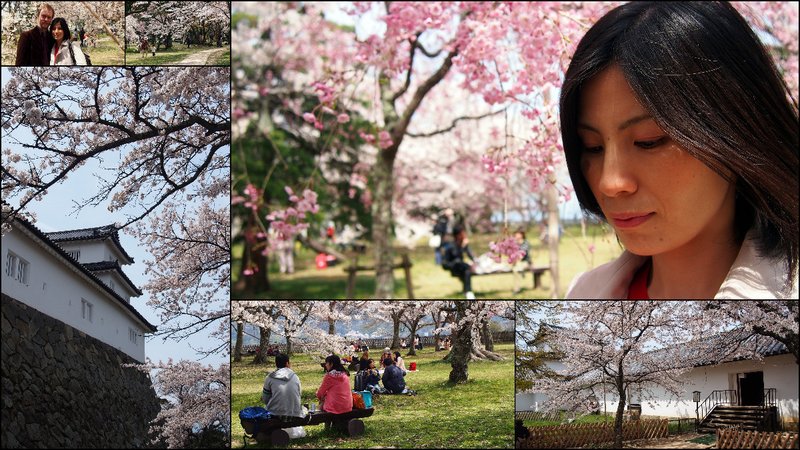 As we continued around the grounds we ran we also ran into Hikonyan, the official cat-samurai hybrid mascot of Hikone. The character was created in 2007 to celebrate the 400th anniversary of the castle's founding. He's since proved to be one of the more popular mascots and has become quite well known. This Hikonyan show basically consisted of Hikonyan striking a series of cute poses for people to take photos of, not very thrilling but when you consider how many of those photos went on Facebook (or travel blogs) it is a master-stroke of cheap advertising. 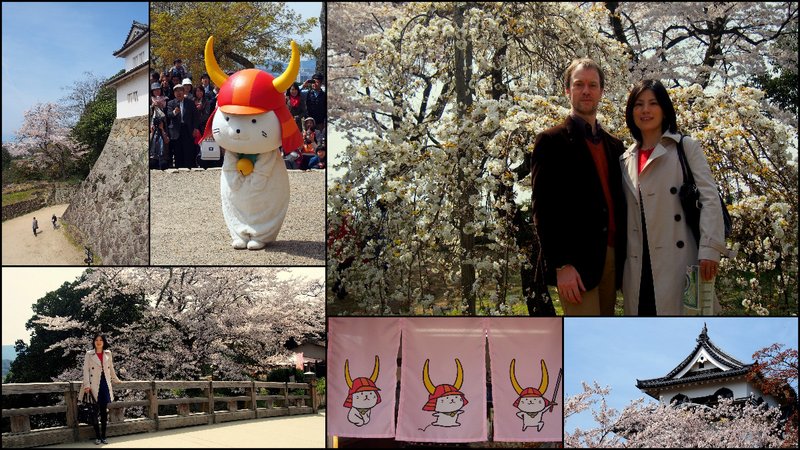 Eventually we made our way back across the moat and toward the formal gardens at the bottom of the hill. On the way down I was both surprised and delighted to see just how many wild turtles there were basking on the grassy bank of the moat or lazily paddling across the still water. 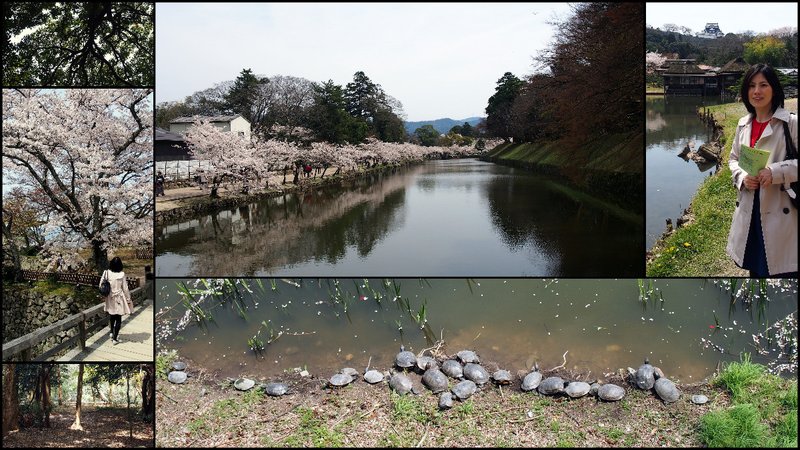 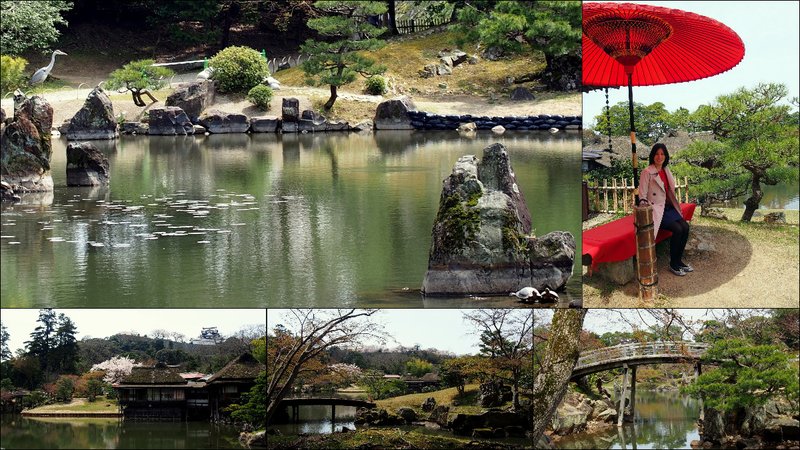 The gardens below the castle are both elegant and a great example of a classic Japanese style layout. It was also one of the first places I visited upon arriving in Shiga Ken, as every year some local volunteers take new JETs on a guided tour around the caste and grounds. So it was nice to come here again for a second visit at the end of my time in Shiga Ken. 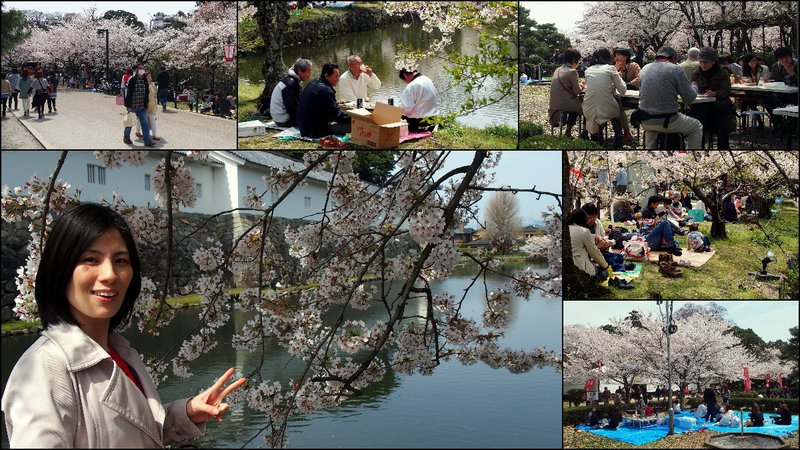 Actually revisiting favourite old places was something I did quite a bit of in my last few months, and in May we set out to hike Mt. Hiezan and visit the garden museum at the top while it was still in full bloom. Although we could have cheated, and driven most of the way, we set out to walk the full distance which covers a mix of well paved areas and woodland footpath along the way - Oh, and a lot of steps! 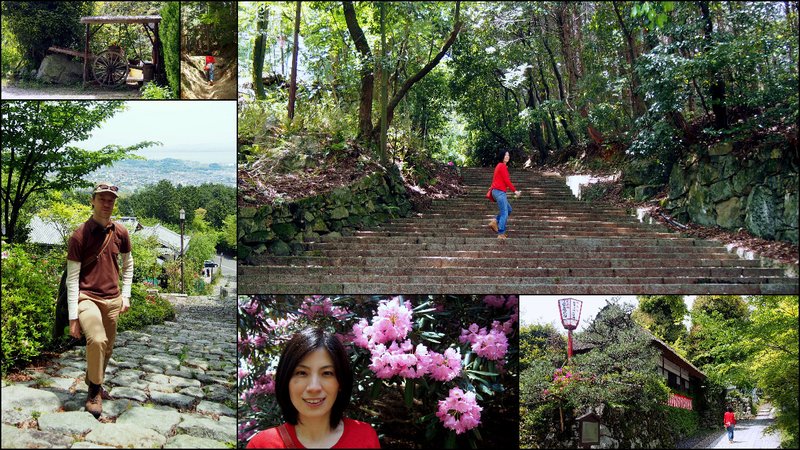 Near the top we took a short stop to take a look around Enrijaku-Ji, the famous temple that dominates the mountain ridge. Here we even found one or two late blooming cherry trees in full blossom. 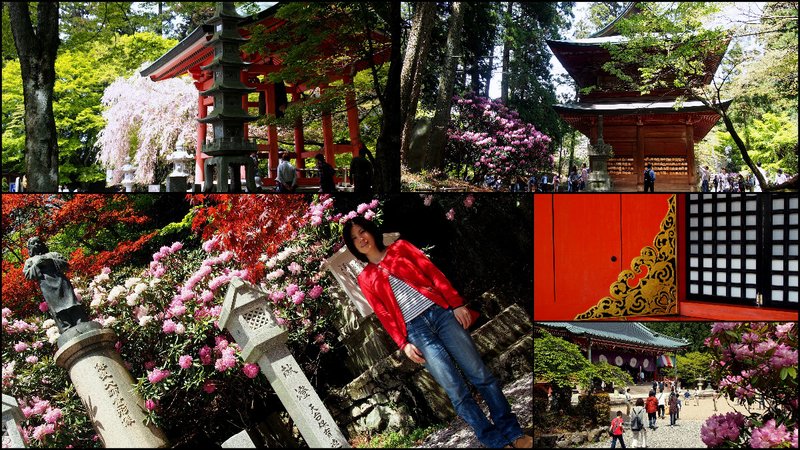 But our main goal though was the garden museum located right at the peak with it's colourful spring flowers, a recreation of Monet's water lily ponds and some spectacular views over the slopes all the way down to Lake Biwa and Otsu city spread along it's shore. So let's finish with that! 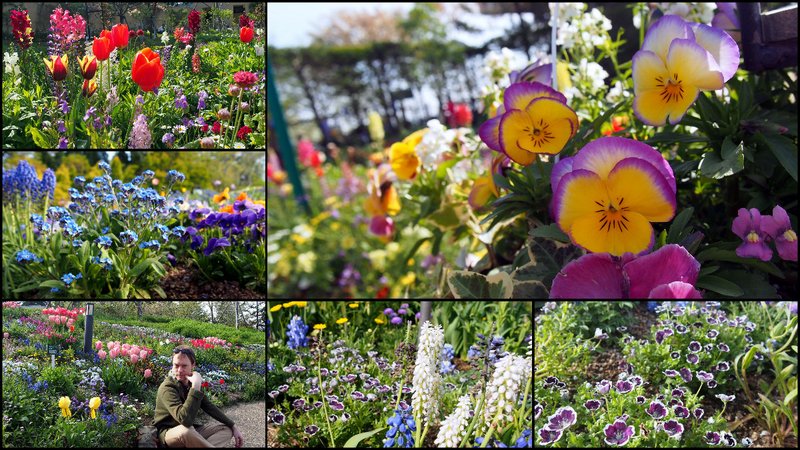 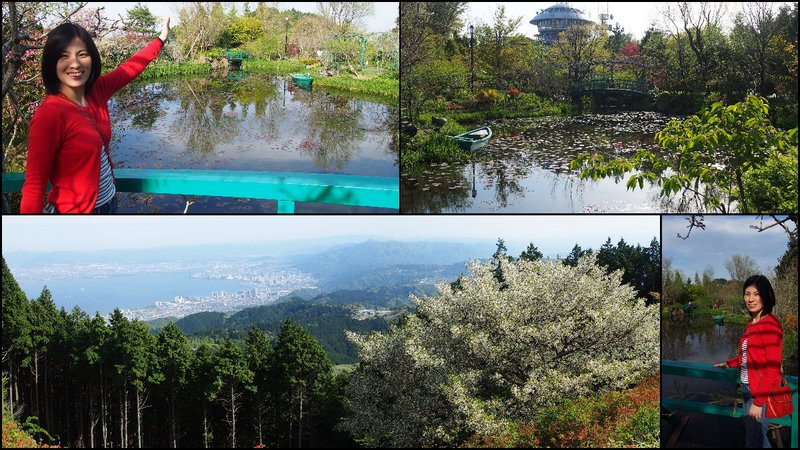 Hello Damon,
you must be a very happy man surrounded by so much colors and beauty. I am excited.
Rafael