A Tour of the South End Street Art Scene

We have one more day in London and we're going to spend it walking the south end and taking in some of the amazing array of street art to be found in the area. We booked ourselves places on a tour with a guide who knows the most famous pieces and the hidden hot spots so we're hoping to see a lot of good stuff.

We meet the group near Old Street station and there are already several impressive piece in view without having to really move anywhere. 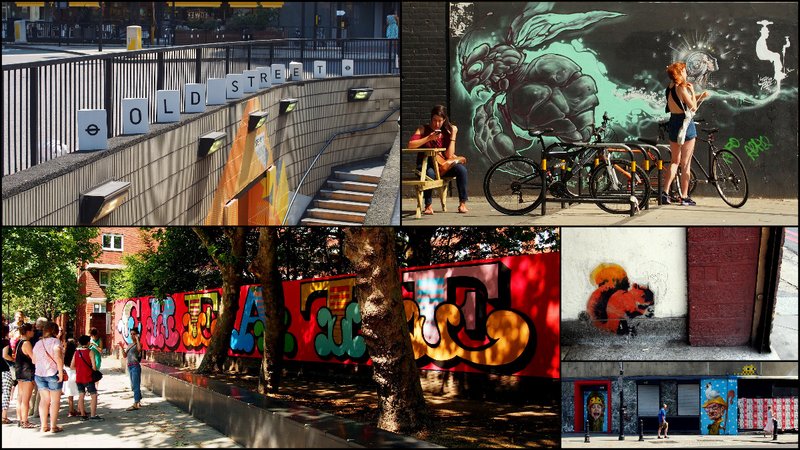 I already knew a little about the street art scene, I studied art at college and I've seen 'Please, exit through gift shop' (essential viewing), but I'm by no means knowledgeable and I'm very quickly discovering new artists like Phlegm whose mysterious monochrome figures have a weird plague ridden, steam-punk, Alice in Wonderland vibe that I really like. 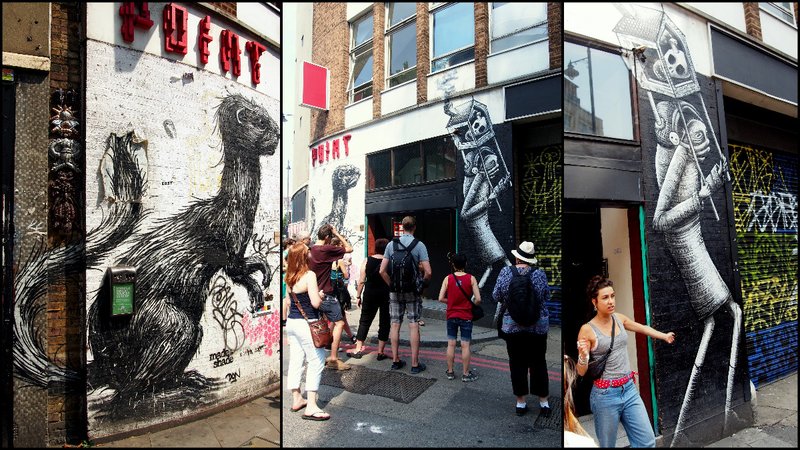 Another thing that soon impresses me is the variety of forms the art takes, it's certainly not just spray can or stencil work. There are mosaics and sculptures surreptitiously secreted on walls, intricate miniature embalms that could be easily mistaken for chewing gum embossed on pavements, these are not grandiose self proclaiming tags they are secret pleasures thriving in world running parallel to ours. 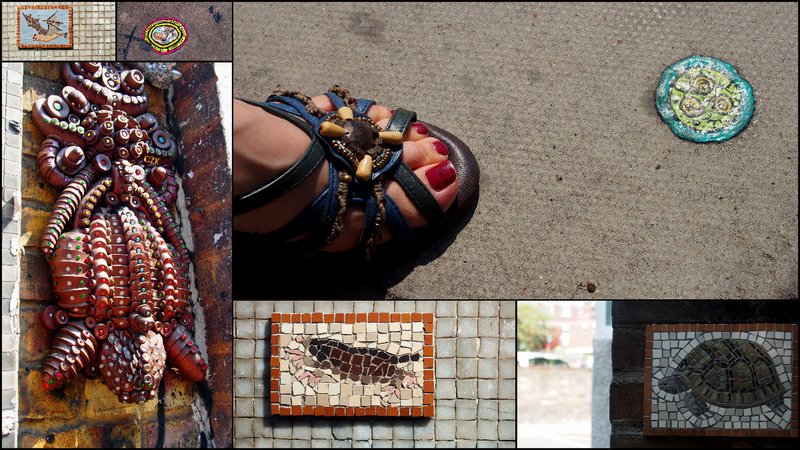 There are also artists I do know about like Invader, who came to fame with his tile/pixel space invaders. Each location he 'invaded' would have several invaders dotted around to discover, and you can even get maps detailing the locations of them in some cities. These originals are now quite often chipped or broken where people have tried to prise them off the wall to take home or to sell. We saw a few imitations of his work in Prague on our honeymoon, but this is the first certified genuine Invaders I have seen and that's a bit of a thrill.

Later in the tour we also saw a newer much bigger piece be him featuring Luke and Vader from Star Wars. 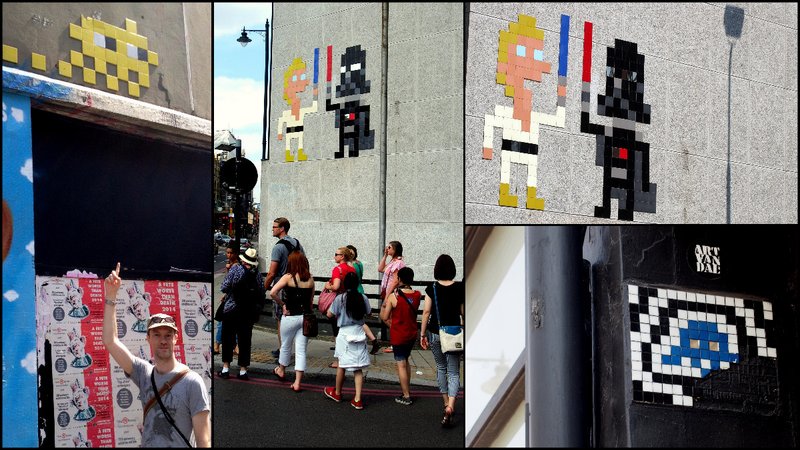 An unassuming back alley that the guide ducked into also proved to be a gold mine of street art. Less public, this spot serves as a more experimental playground where various artists try things out and come to see what others are up to. There are even pieces playing off each other that form dialogues that prove just how alive and kicking the scene is . 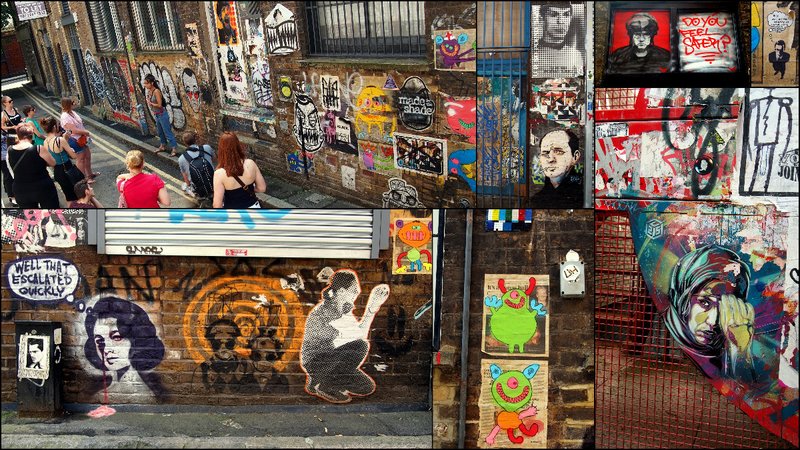 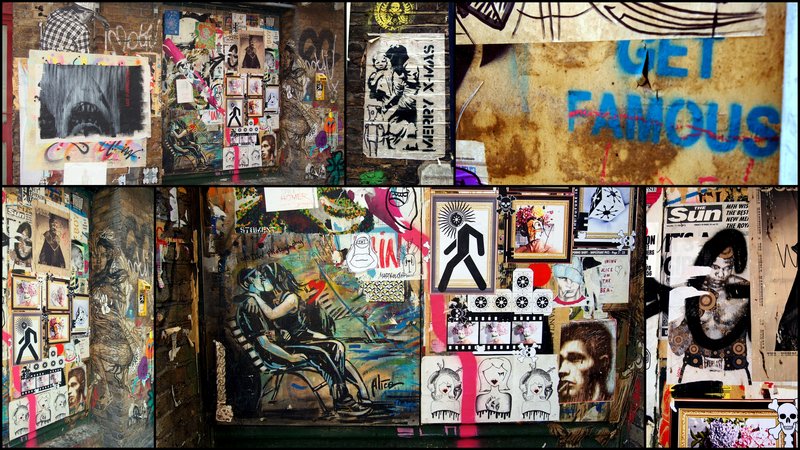 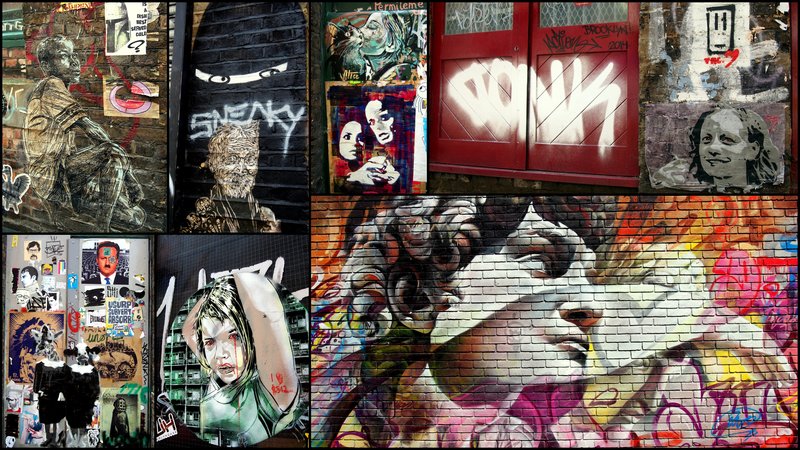 The flip side of living nature of the art is that it's also ephemeral, this next picture (which I found online) shows a scene quite different to the one that we saw during our visit.

By the time we came the front most building was gone along with the Frankenstein's monster-a-like mural, some pieces had been left floating in mid air and others were now covered in scaffolding. However, the temporary wall around the site had been seized upon as a fresh canvas and covered in art. 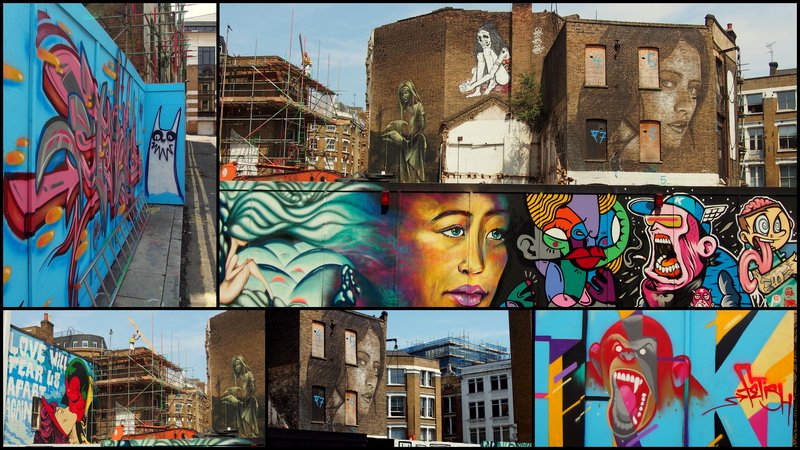 My personal favourite in this area was this giant flea by Roa who I didn't know before, but apparently is well known for his animal art work. 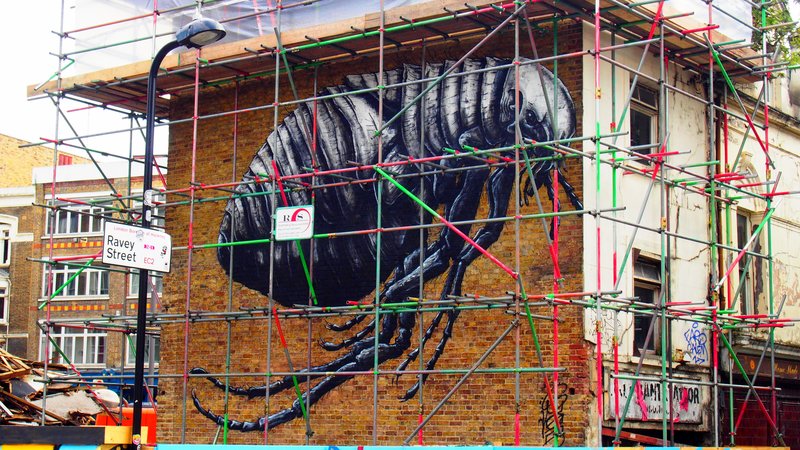 As you're probably gathering by now, this was a pretty long tour - so we stopped for lunch around this point. This allowed us to see pieces by Noir whose simple, brightly coloured style was first applied to stretches of the Berlin wall. There was also a chance to peep into a restaurant with one of Damien Hurst's famous animals in formaldehyde on prominent display. 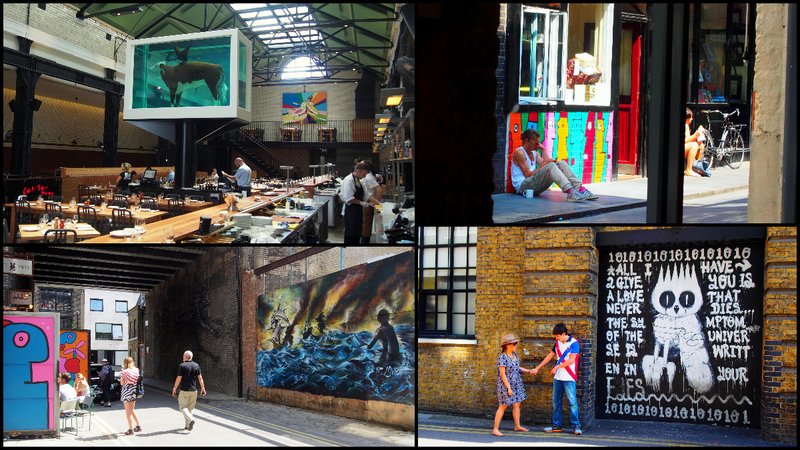 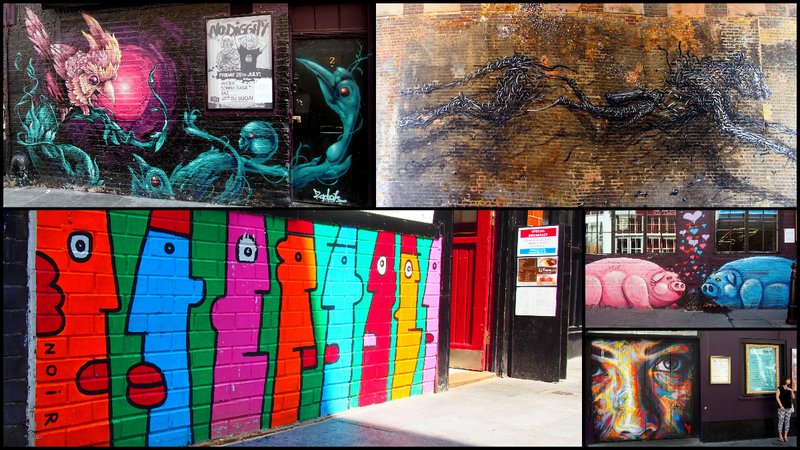 Around this area there were also some more pieces showing that street art isn't just about spray cans. I really liked these fake street signs and a really nice pointless blue plaque. 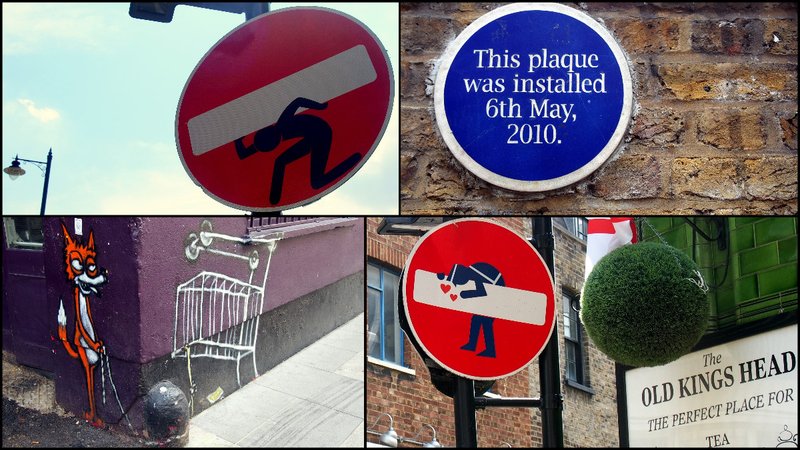 As I said, this was the lunch break in the tour which gives you an idea of just how much was packed in. The variety of styles and types of art on display was just staggering as we continued to explore with our guide. 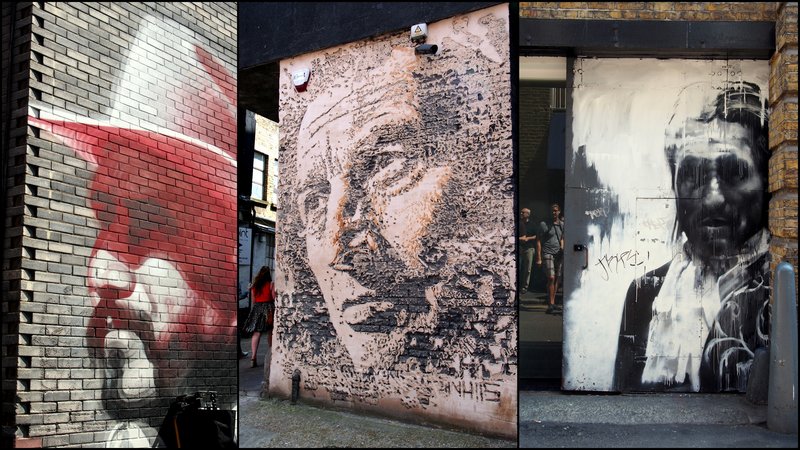 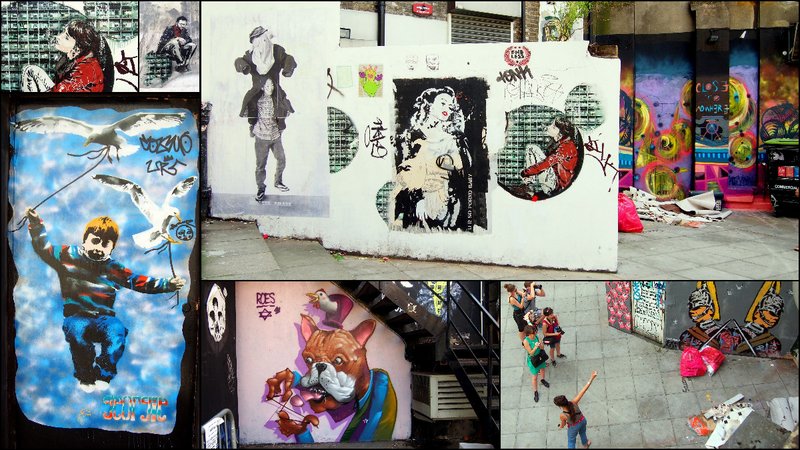 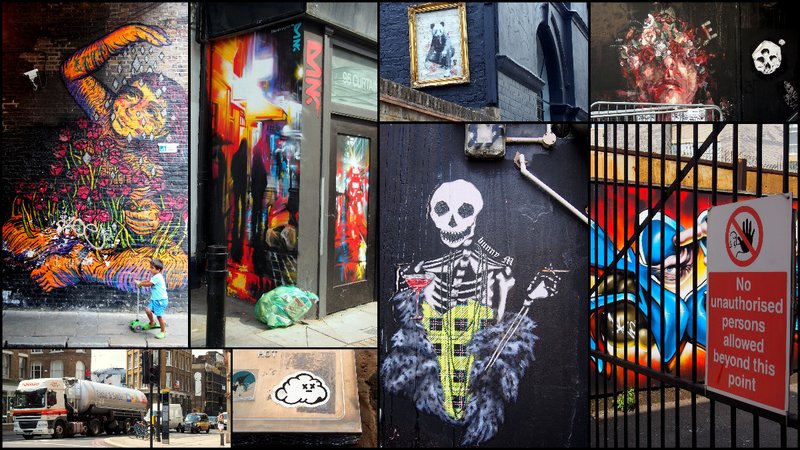 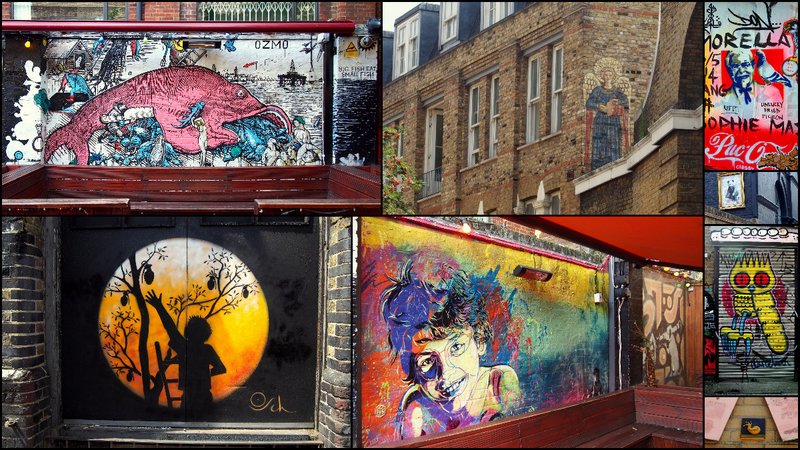 Some more big names we encountered along the way included - Shepard Fairy (famous for his Andre the Giant 'Obey' image) with his clean red, black and white graphic style and Brazillian artist Cranio with his distinctive blue figures. 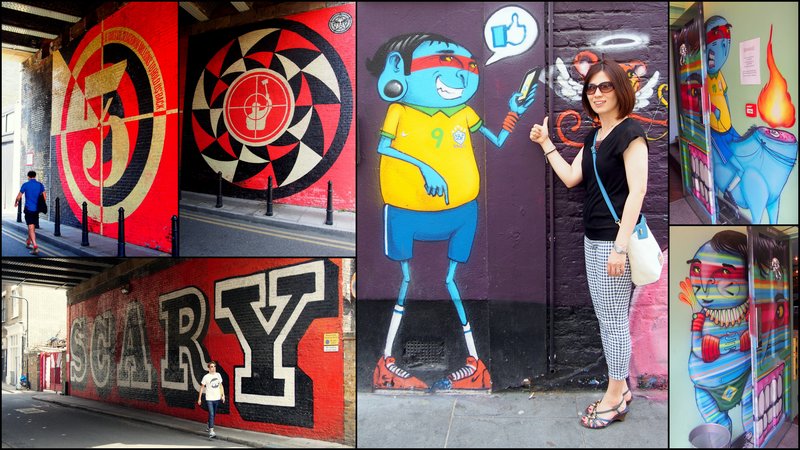 My favorite new discovery was the simple style of Stik. 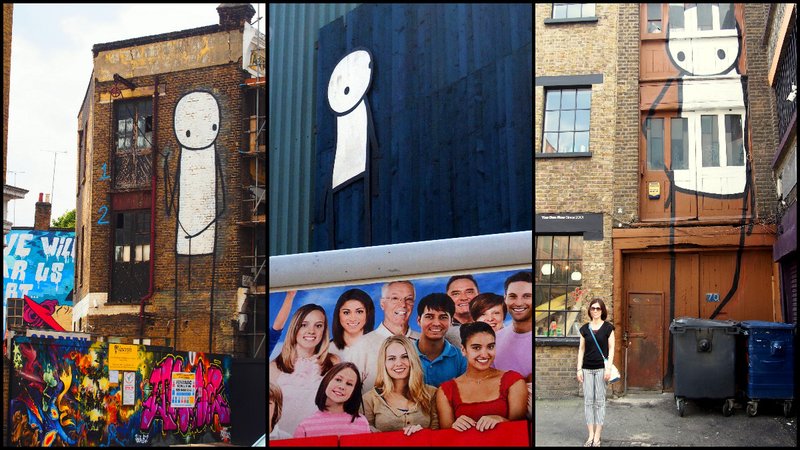 And of course, some Banksy. 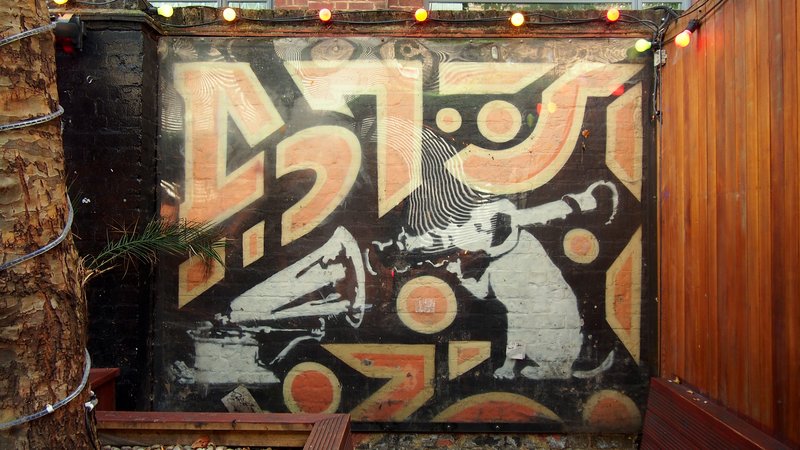 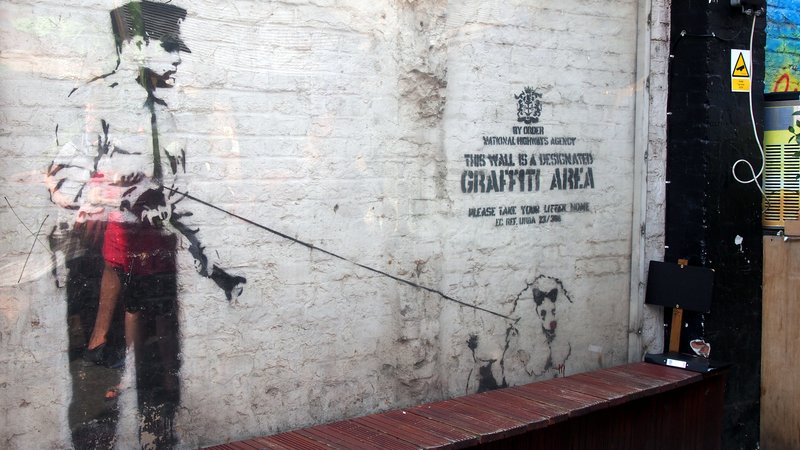 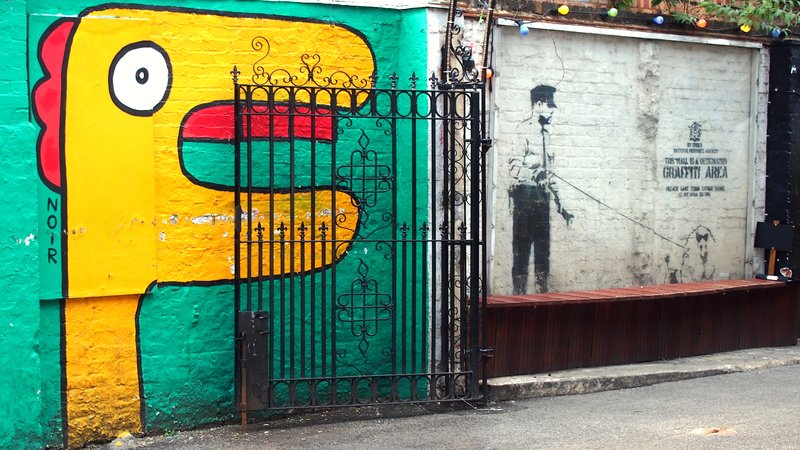 So there you go, if you're ever in London with time to kill and fancy doing something a bit different I really recommend a taking a street art tour. Well worth it and it really will give you a new perspective - now go and watch 'Please exit through gift shop'!